On November 30, 1964, the University of Detroit announced that it would no longer support a football team.  This decision was the result of a long and much debated effort to deal with a financial deficit that the university faced that year.  The resources to continue offering football were just not there.  And so the axe fell and the cut was made.  Father Laurence V. Britt, president of the university at that time, had hoped that students would understand, that they would realize the necessity of this decision.  Eventually, they did, but not after a great deal of protest and demonstrations.

Earlier that month, on November 6, what would become the one of the last games was played against Virginia Military Institute.  The program issued for this game would now mark the Titan’s final victory with a 28 to 7 win . (The final game was played at Boston College on November 21, 1964 with a 17 to 9 loss.)

The University of Detroit Football programs offer more than just a glimpse into the details of particular games, however.  Page through the issues to discover what it was like to attend a game during the height of the glory that was once Titan football.  View the ads; read the profiles and greetings from the mayor, university president, and coaches; and share in the excitement that devoted fans brought to each game.  A visit to the University of Detroit Football Collection can be your ticket back to the thrilling days that once were. 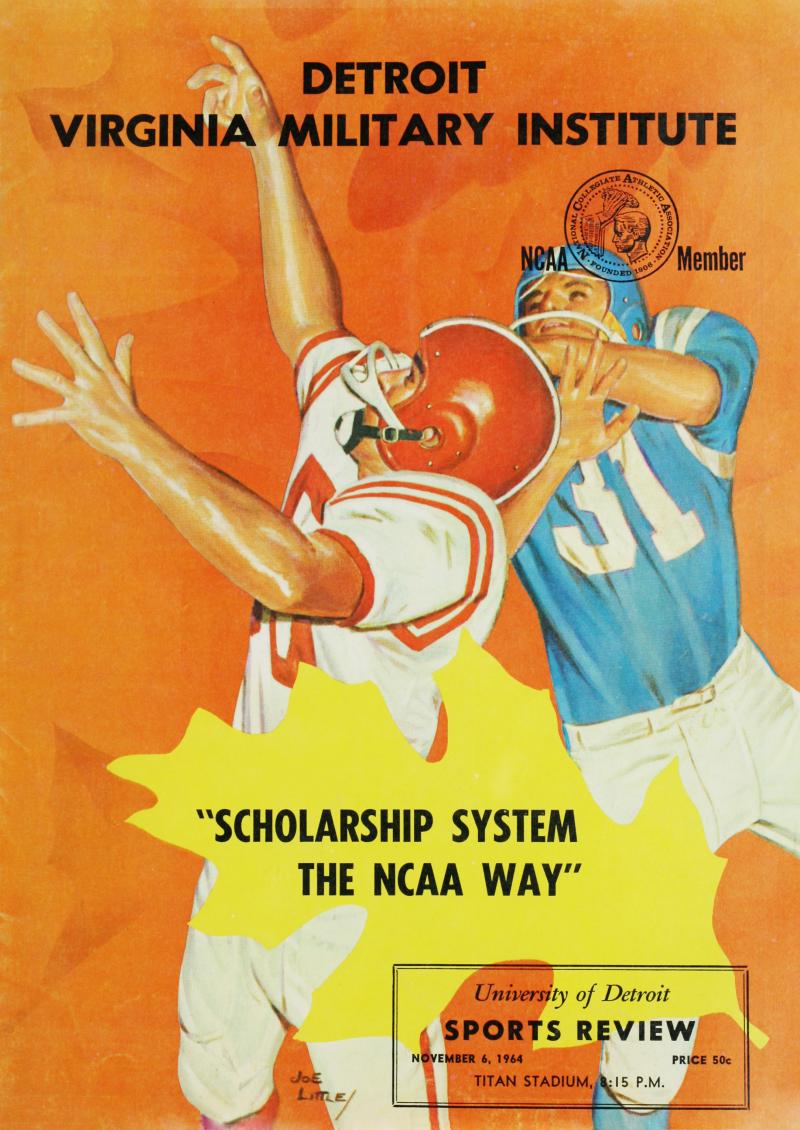