Students Then and Now March 2014

Take a look at the photo below.  This is an image of a usual campus scene in 1964.  In this photo, students rush to class or hurry to their parked cars or into the library at the right side of the picture. The day is warm, probably Spring, and students seem distracted by their studies, the change in the seasons, or each other.  One student in the foreground seems to be checking his watch, others seem lost in their own thoughts.  Here is a moment in time, fifty years ago, held forever in this frozen image.

When I see photos like this one, I tend to immediately compare this one scene so long ago with the way things look now.  It’s not that the student him or herself has changed that much, each one still has his or her own thoughts, goals, fears, and hopes.  Each student today is still working toward creating a successful future and maybe questioning the steps it takes to get there. It seems there’s a difference in the “how” part of those steps these days, however.

This same scene today would include not only a difference in fashion (which, to me, would be a lot less uncomfortable looking than the student attire pictured here), but in the inclusion of the technology that has become so much a part of the average student’s life these days. We’d be hard pressed to find a student who would come to class in a suit and tie (for example), but we’d be even more challenged to find a student without a cell phone, laptop, or other similar handy device. Students today would also probably carry their books and supplies in a backpack instead of bundled against their sides or clutched in their arms as this image shows.

Take another look.  Can you imagine yourself in this picture?  How would it be to strive for the same educational success then as it is now?  And how likely is it that if they met on campus, today’s students would have much in common with the students shown here? While students in this photograph likely didn’t worry about their futures, I would wager that today’s students would have a thing or two to teach them about the value of a good education. 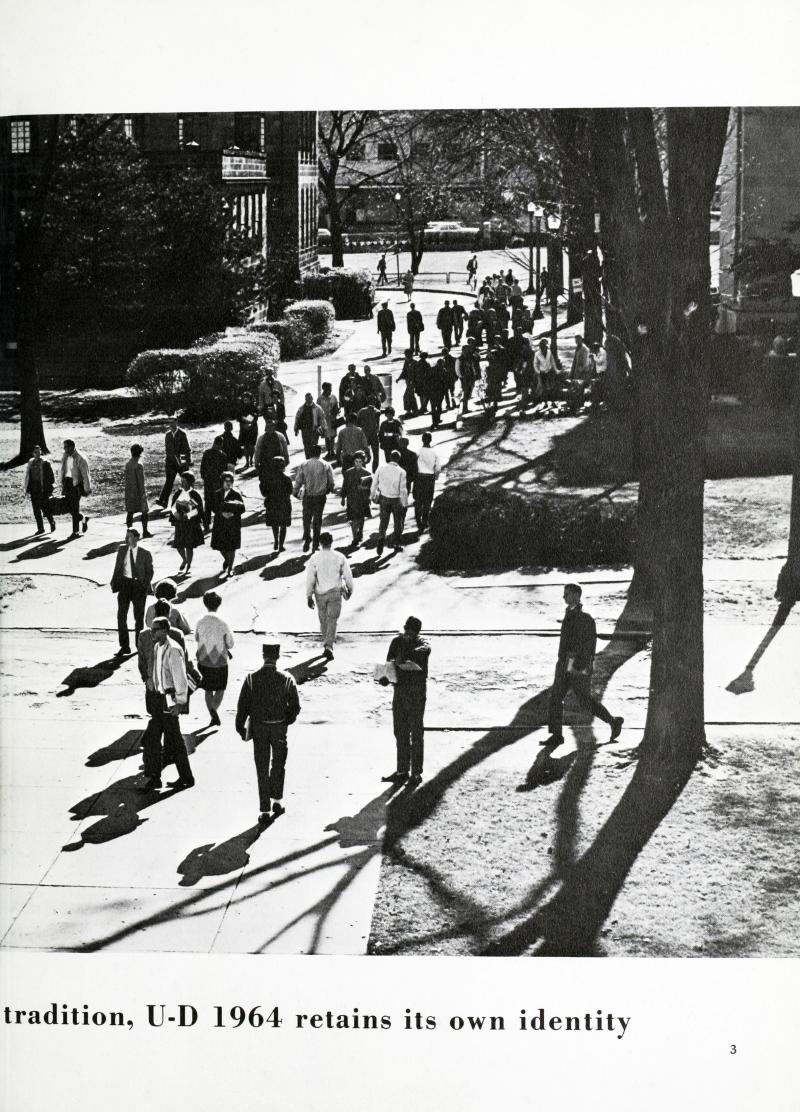 The past is waiting for your presence. Why not spend some time in the Digital Archives? It will be well worth the investment.