This first publication of the Tamarack came after 20 years of discussion about whether or not to start a college newspaper, or so the editor tells his readers in his “Salutatory” introduction (shown below). The college itself had only been around that long. And during those first 20 years, Detroit College was alone the only Catholic college in Michigan. Having its own newspaper was important not only to ensure its place among institutions of higher learning, but as an expression of pride in its knowledgeable and talented student body. And now, at long last, here it was fresh and humble.

Within this issue we discover a page that offers the names of the Editorial Board, those first intrepid few who worked so hard to make this happen.  And on this page we find that for $1.00 a year (10 cents an issue), readers could subscribe to the monthly paper.  Sweet deal; although this amount may have been quite dear for that time. While this first edition encourages students and alumni to help by contributing money (through subscriptions) and/or writing, the quality is already first rate and foreshadows the excellent content of future volumes.

The Tamarack was a strong presence in the lives of Detroit College students between 1897 and most of 1901.  But then it grew silent.  In 1907 it rallied for the publication of an “Athletic Number,” but then returned to silence for another few years.  In December 1913, without much fanfare or explanation, the Tamarack reappeared.  Detroit College had become the University of Detroit by then and maybe this explains the Tamarack’s absence.

The next publication, in April 1914, let readers know that the long silence was over and the Tamarack was back.  From then on, it would be a quarterly publication.  And so it was, for a while.

In June 1918, we see the final Tamarack. The Varsity News had begun publication by this time, and it would soon assume prominence as the University of Detroit newspaper. (Be sure to check out our Varsity News digital archive!) 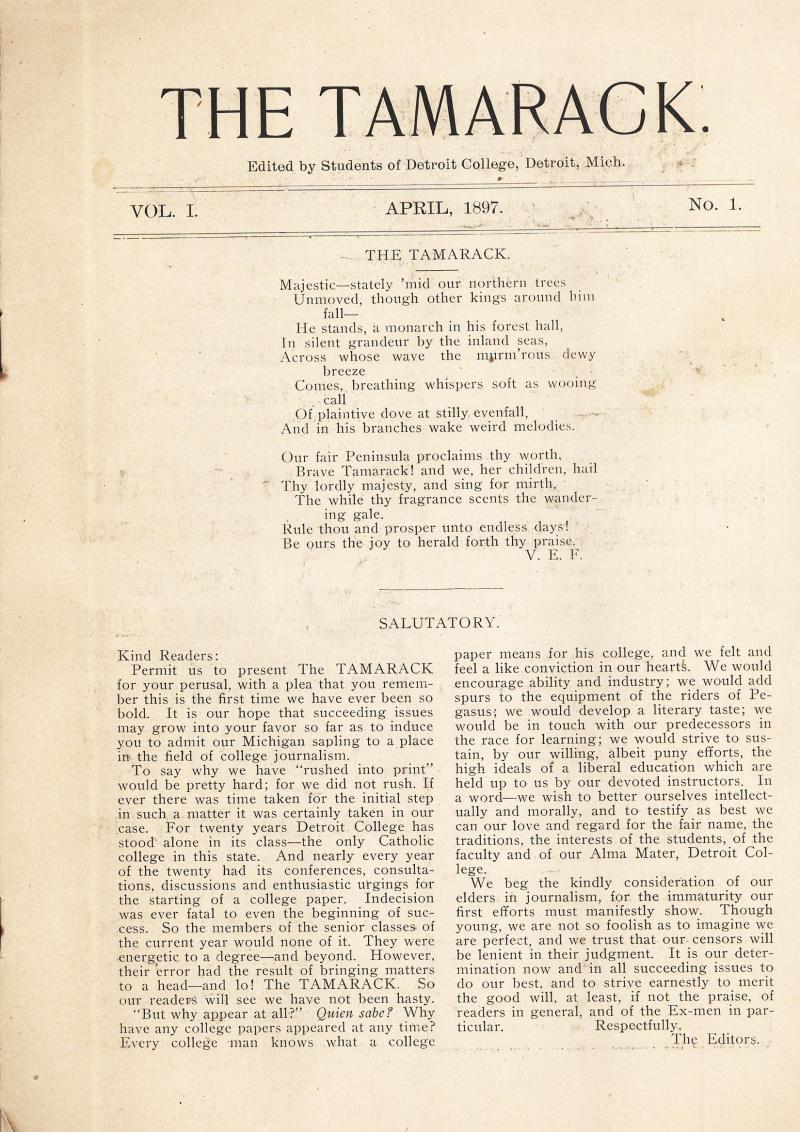