History has a way of collapsing time.  It moves along a social timeline from major event to major event and the small steps that occurred to the human beings involved in the day to day struggle between those events are often overlooked.  We see for example the settling of Jamestown, Virginia in 1619 (and the African slaves who were included in this), the Civil War in 1861, and the emancipation of slaves in 1863. We’re told that slavery had a long history of cruelty and abuse, and we are hesitant to spend too much time exploring the detailed lives of those who survived this.

But the history of slavery is also the history of triumph, of survival, and of the joining together of an enslaved people toward a common goal of freedom. The tireless work of so many unsung heroes called the Black Abolitionists, along with their white counterparts, helped to realize something few would have thought possible during this time: emancipation. This is not to trivialize this milestone. The journey wasn’t smooth and neither were the years that followed, but the determination of those who would fight for freedom and continue this fight deserves recognition.

Before the Emancipation Proclamation in 1863 finally put an end to nearly 250 years of slavery in this country, there were free people of color living in almost every state in the Union. While freedom for these people didn’t also include social acceptance (or even citizenship), it did offer a way of working toward freedom for many of those who became Black Abolitionists during the 1800s.  Education for these people was rare, however, except for those privileged few who were sent to schools in Scotland and other countries.

An education was therefore highly valued, since it offered a way for those who fought hard for freedom to enter into a reasoning debate with those who had the power to influence change.  An educated mind, for example, knew that slavery was an economic institution and cotton was its driving force.  Uncovering the commodities that encouraged the continuation of slavery, meant the chances were better for making a logical argument for its end.  Convincing those countries that bought our cotton that their dollars were better spent elsewhere, for example, was an educated way to disrupt the economic value of this horrible institution.

The brief editorial shown here is from The Voice of the Fugitive newspaper issue published in 1851, twelve years before Emancipation.  Discovering these nuggets of history offers readers a way of better understanding the actual line of events that weaved its way through the years prior to and including those dreadful years.

Spend some time in the Black Abolitionist Archive and read this and other treasures you can discover there. 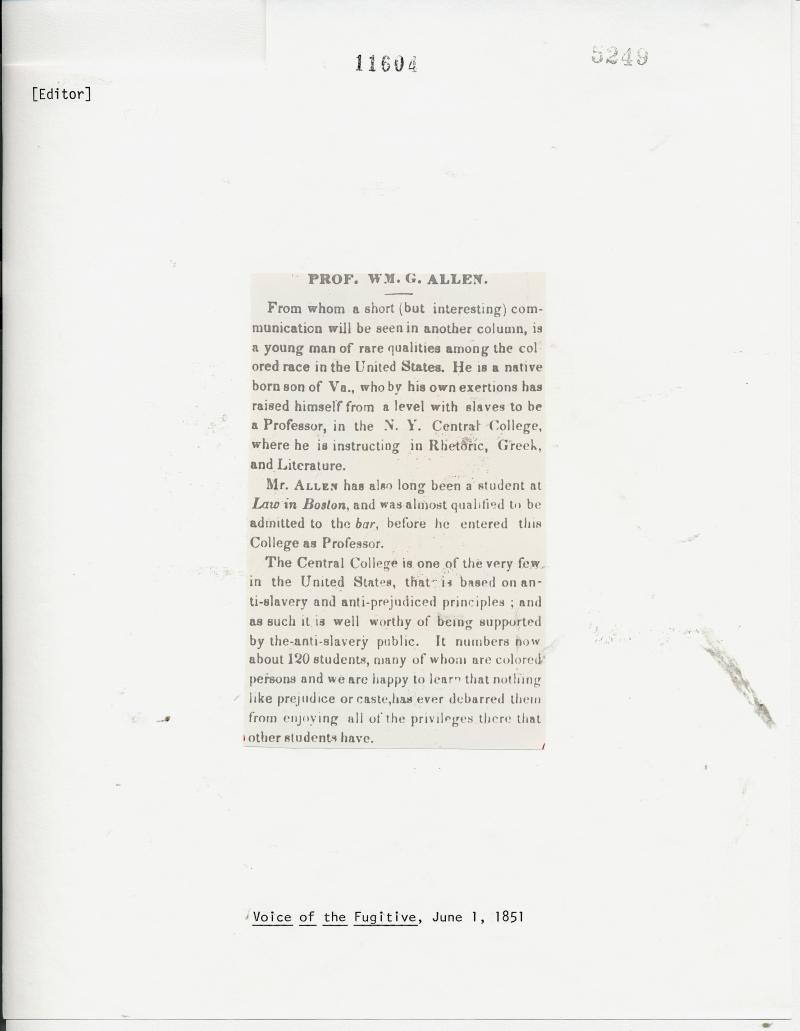