In a New Haven, Connecticut church on July 5, 1832, black abolitionist Peter Osborne spoke of independence.  In those early days of the movement towards freedom from slavery, each July 4th holiday offered a way for abolitionists to remind the country of those who had never known freedom here.  This one day out of each year had come to symbolize what had become the hallmark foundation of the United States, and yet was denied to so many who lived here.  Until the full promise of the Declaration of Independence could be realized, Osborne said, the country would be reminded that it was founded on a lie, signed by those who fought so hard to escape the oppression they’d known in Great Britain.

Although slavery had existed in this country since the 1600s, it was not until the 1830s that the Black Abolitionist movement began.  When initial aggressive measures to win freedom had failed (e.g., Nat Turner’s attempt in 1831 along with Denmark Vessey’s revolt in 1822, see African American History site), taking a milder approach seemed the best option (and, as it turned out, a successful one after years of agitation, speech making, and influential reasoning).

Peter Osborne was one of the first to argue for the moral logic of freedom for all people based on the promises of the Declaration of Independence and all other documents that helped establish this country’s existence.

Maybe this July 4, we can consider the high price some have paid for the freedom we enjoy today.  Maybe too this Independence Day we can consider what more needs to be done to ensure that this hard won freedom continues for all of us.  Taking a steady, reasoned approach has worked in the past, and will likely work for our collective futures if we stand together.

“Let us make it known to America that we are not barbarians; that we are not inhuman beings; that
this is our native country; that our forefathers have planted trees in America for us, and we intend to
stay and eat the fruit. Our forefathers fought, bled and died to achieve the independence of the United
States. Why should we forbear contending for the prize?”

Visit the Black Abolitionist archive to read more of this speech and others: 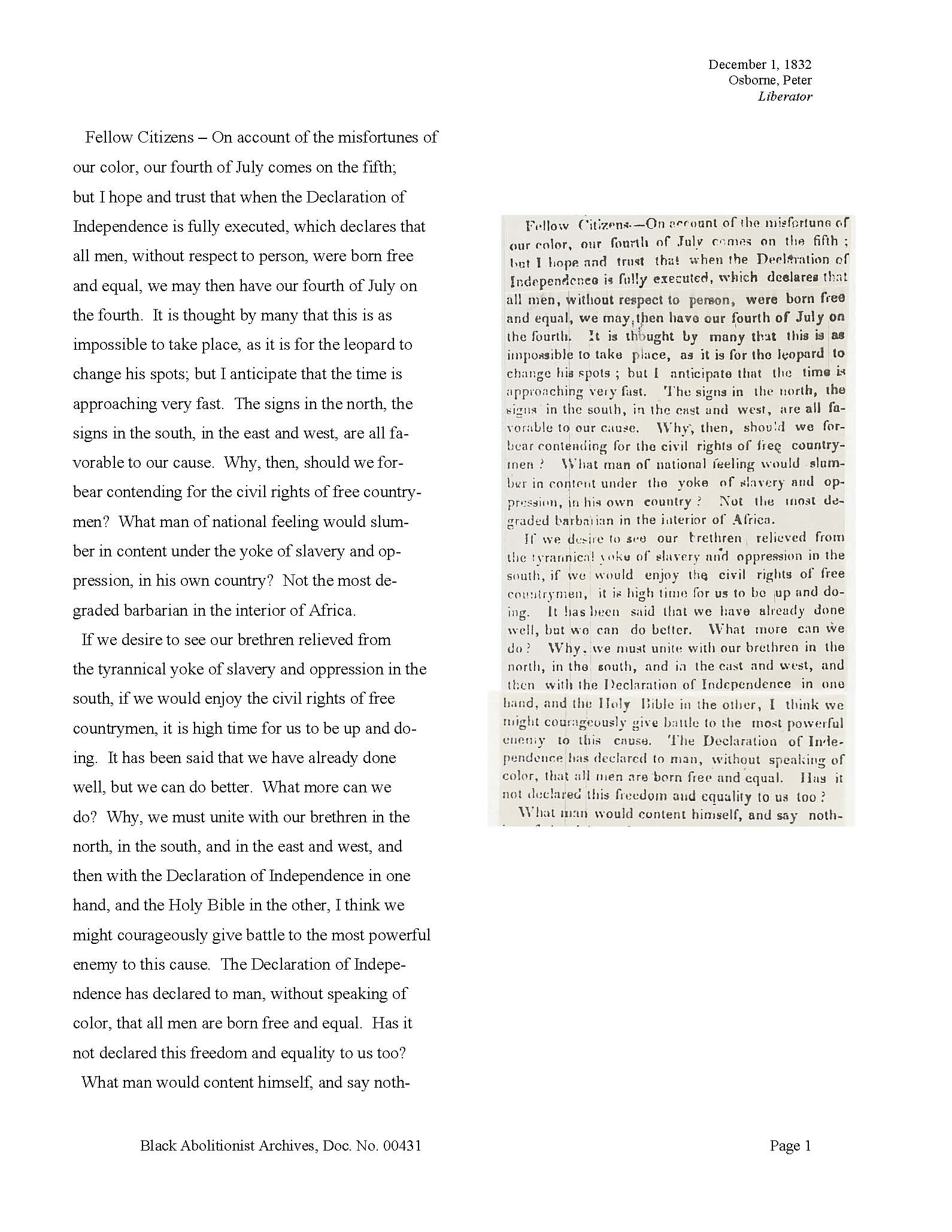