Seventy one years ago the country was poised for war.  Europe was unsettled and those fresh faces graduating from the University of Detroit were well aware that they faced an uncertain future. In 1939, Britain and Italy had already declared war on Germany and in December, 1941, the U.S. entered the conflict by declaring war on Japan. By the beginning of 1943, heavy fighting was taking place in most of the eastern part of the world. It seemed the dreams of those graduating in 1943, held only images of joining the fight and defending the country.

The 1943 Tower Senior Yearbook reflects this atmosphere of tension and concern. This would be the last yearbook published until 1947, as the entire country tightened its economic belt and focused on the battle at hand. Paper rationing, as well as limitations of other materials meant that during the war years (1944 through 1946) publication of the yearbook would be closed to the Tower staff. It’s as if the war plunged the entire world into darkness for three years. Being without the yearbook during this time allows readers today to see the value of  the historic record these books offer. And perusing the pages of the 1943 Tower, offers a way into the state of campus life just before the lights went out.

Even though the war officially ended in the summer of 1945, the University of Detroit took a bit longer to return to the annual Tower publication (in 1947). Comparing the “book end” issues for the war years (1943 and 1947) offers readers valuable insight into the way a great society recovers from war. It’s not a matter of returning to the way things were before the conflict. It’s a matter of building a future based on the recovery. We collectively brushed ourselves off and got back to the business of growing a nation, but we did it with a lot more insight and a lot less innocence. In 1943, we cheered our fighters and celebrated their commitment to the fight for justice and freedom.  In 1947, we mourned our dead, and celebrated our hard won victory. 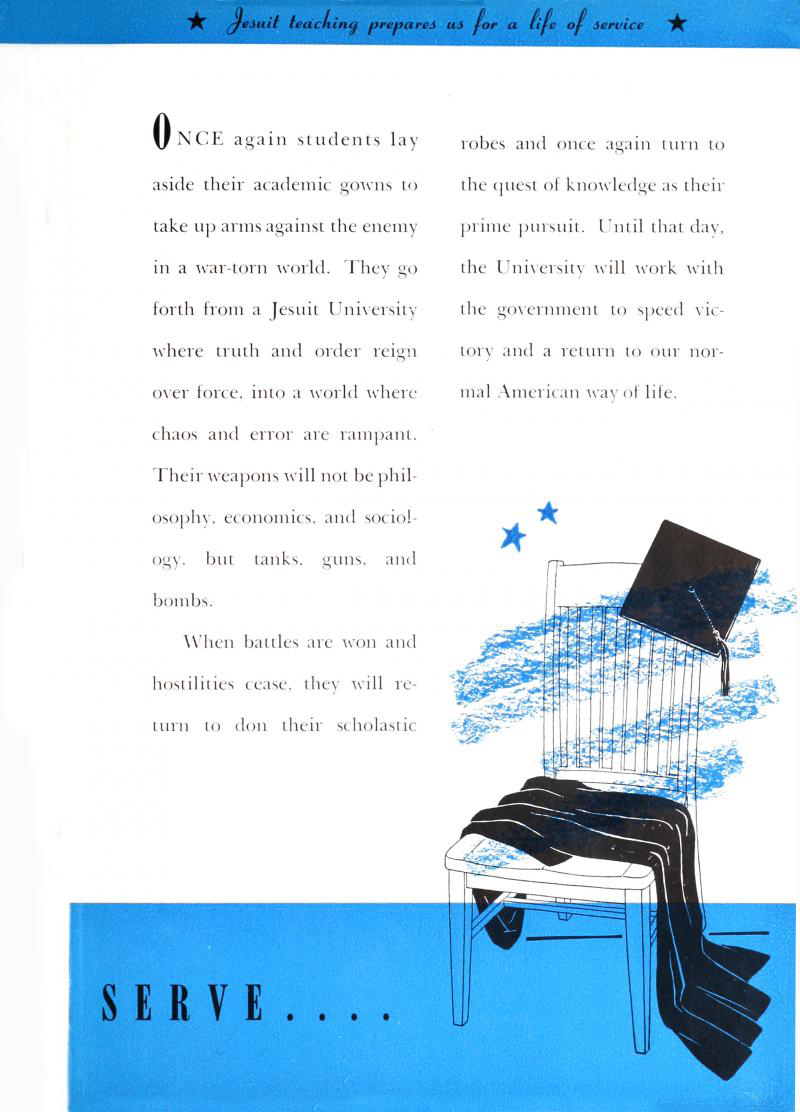