Light Up the Land November 2015

These days, this quality ranking and the history of the university is easily available through a quick search of the web. In 1952, however, this type of historical information was not that readily available.  That year the university celebrated its 75th anniversary, and Father Daniel A. Lord, S. J., wanted to do something special in recognition of the occasion.  It was then his production of “Light up the Land” made its debut.

The UDM Libraries/Instructional Design Studio is pleased to include the digitized version of this landmark achievement in our Digital Archives. The collection includes the digitized musical (offered in two parts), along with the production program and a biography of Father Lord.

The introduction to the archive provides the following details about the musical:

“‘Light Up the Land’ was presented as part of the 75th anniversary of the University of Detroit in November 1952. The story is about the history and value of education in an American democracy. It starts out with a young couple thinking about leaving school to get married believing that education is a waste of time. A kindly professor guides them through the history of education and how democracy played a role, from the time of Moses, the City of Athens during the Golden Age, the American Revolution, and other eras up to modern America.”

This year marks the 138th year since the founding of Detroit College. We suggest doing something special to celebrate by visiting the Light up the Land archive. You’ll be able to see for yourself what an amazing gift of creativity this is. 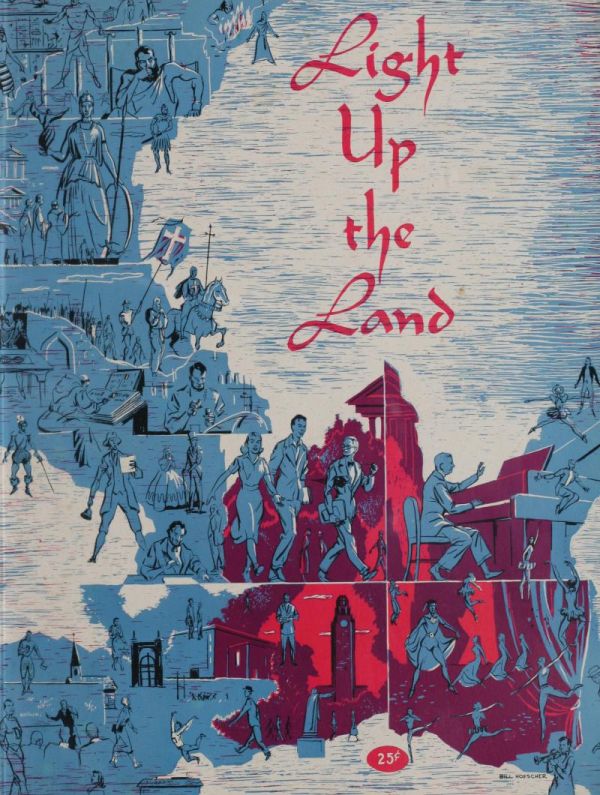