The Value of Yearbooks May 2013

The first yearbook for the University of Detroit (called Red and White) was published in 1923, twelve years after Detroit College officially became a university.  In its new status, the University of Detroit began with a focus on creating value.  The founding Fathers knew the value that yearbooks offered and so they became an important part of shaping U of D’s history.  The yearbooks produced during these early years represent not only the fun and friendship of the time spent at good old U of D, but they are also public records, documented history, and fine representatives of the school itself.

The Yearbooks allow us to trace the growth of the university from its first graduating class, to its important place in the country’s list of academic centers of learning.  With this guide we can trace the influence of dominate social causes, economic fluctuations, political influences, religion, and gender issues.  Each yearbook becomes a collection of links to the past, whether someone is researching her family tree, or gathering information on trends in higher learning.  Now that so many schools are making digitized yearbooks available online, it’s easier for even the mildly curious viewer to spend hours wandering through the pages of history this way.  Who we are now, and who we once were, contribute to the shaping of future generations of UDM students. 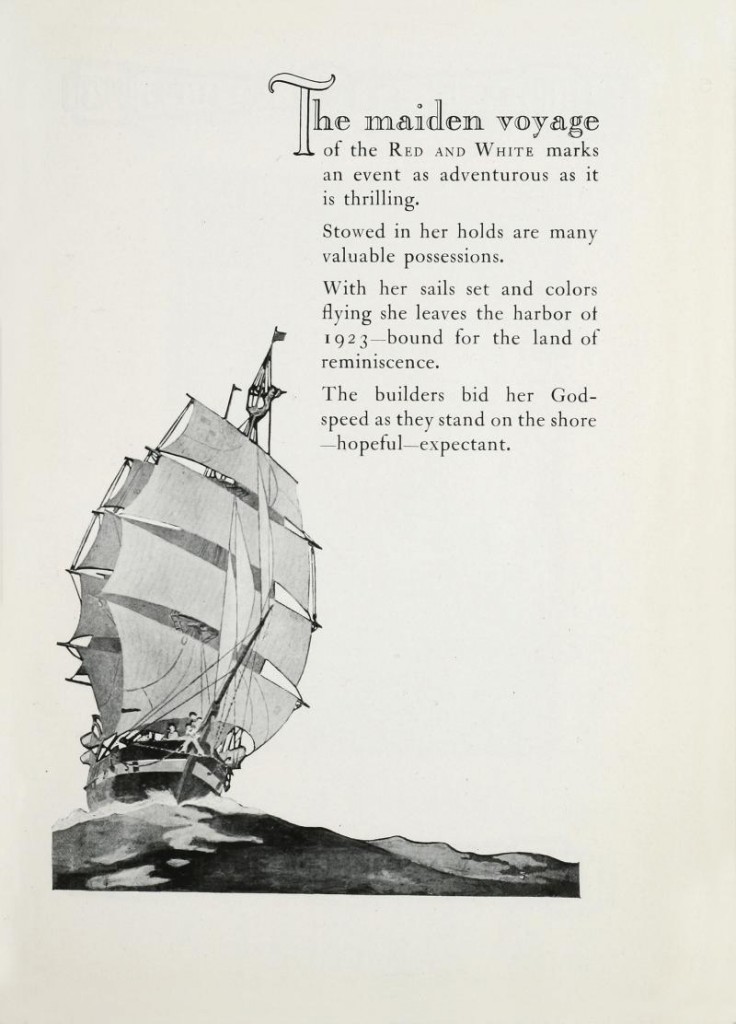 These days there’s a concern among social theorists about the overall cultural effect of this digitized age.  They wonder whether relying so much on computerized versions of history will somehow take away from the value of the records of the past.  Isn’t the hardbound book “better” than the digitized version?  Doesn’t the paper version of our yearbooks offer a better, more long lasting record of the experience we’re trying hard to preserve?  Maybe the answers here lie in the areas of preservation and accessibility.

Not long ago there was an interesting documentary on the Discovery channel regarding an archeological discovery made in Egypt.  In this program, an archeologist who had just entered a recently discovered Egyptian tomb was being interviewed about his find.  The interviewer asked if gold, jewels, or precious metals had been found inside … whether the discovery included “anything of value.”  The archeologist explained in his excited enthusiasm that what they’d discovered was more precious than any jewel or precious metal; they’d discovered information, a tangible link to the past.  This connection was far more valuable than any form of monetary wealth since what we learn from our past contributes to the knowledge we have of who we are in the present – how far we’ve come, and how far we can go from here.  When we record our history, we create our value to future generations, and this value includes how we live our lives.  Written records like school yearbooks not only provide a snapshot of who we are in social terms, but who we are as a culture – as a university, a community of learning.  Yearbooks are a huge part of a valuable social record of human understanding about the world and our place in it.

The Red and White yearbooks were renamed the Tower soon after their first publications.  The cost for the thick, glossy, 350 plus page tomes, however, began to drain the school’s coffers.  University financial cutbacks, the Second World War, and eventual lack of interest produced thinner and thinner books until the Tower’s final publication in 1988.  Those who fought to keep it going managed one last publication called Catapult in 1992, but then it was silenced forever.

Visitors to the library’s Special Collection page, however, can revisit those glory days of the Tower’s publication!  Preserving this history is digital form allows us to continue to share the university’s legacy with the world.

From its “maiden voyage” to its final chapters, the university yearbook is an historic record of great things.