As with any traumatic national event, anyone living during the early 1960s likely remembers exactly where they were when they heard the news that President John F. Kennedy had been assassinated. Even today, when anyone mentions “tragic event in Dallas,” it’s likely that this particular event comes to mind. That day, students, teachers, administrators, and staff at the University of Detroit all reeled from the shocking news. Everything in their lives seemed to stop, suspended in an attempt to comprehend what had happened, to try to understand the words “the President is dead.” Amidst the tears and disbelief, who could concentrate on schoolwork, on tests, on paying attention in class? So, like a lot of campuses, offices, and public spaces, U of D shut down for the day following the event. But unlike a lot of places, students showed up for a memorial mass held in honor of our fallen president.

A lot took place during the 1964 school year. The dances and sporting events were held as they always had been. Students went about their days of lectures, and late night studying as usual.  But this year something had changed, and from this year forward in a lot of lives, something would never be the same. 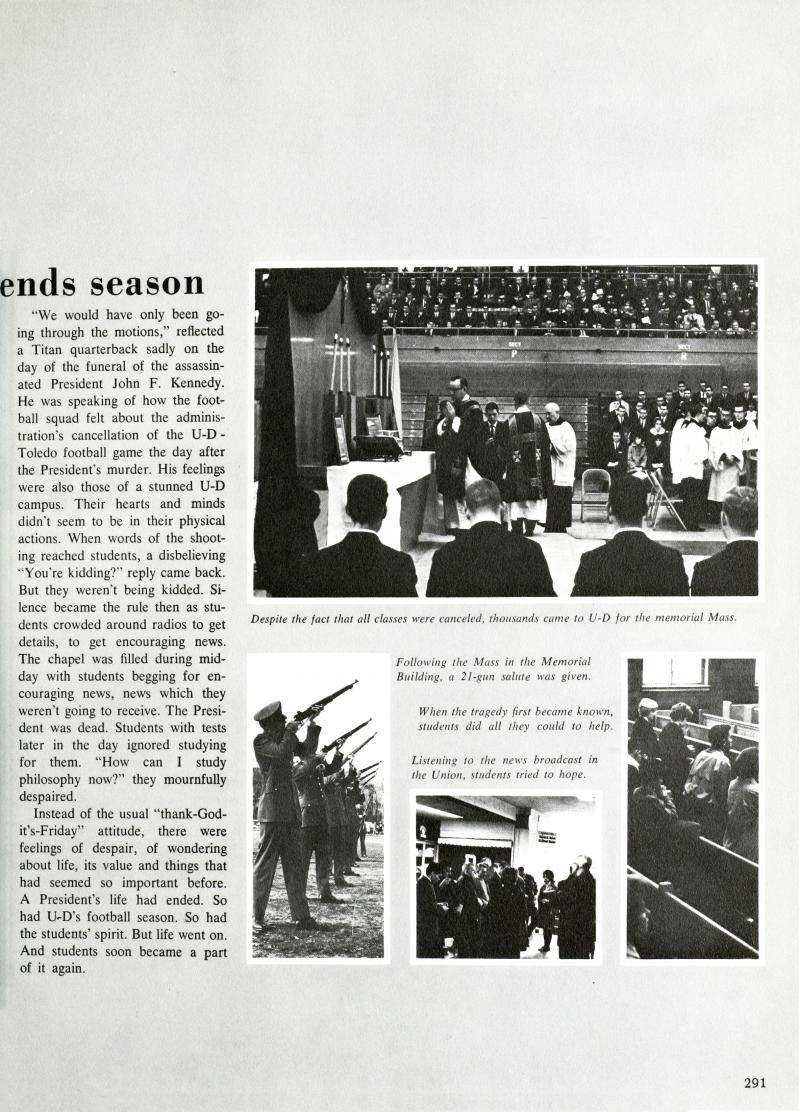