The July 4 holiday celebrates our national freedom and commemorates the hard won independence from England that Americans value. Yet for 300 years there were people living in this country without inclusion, without citizenship, without a national identity, and without freedom. Each year on the fourth of July, they watched the celebrations, the fireworks, and the merrymaking without feeling a connection to place or national pride. For so long, this celebration of freedom only served to remind a portion of the population that they were not free.

The Emancipation Proclamation of 1863, however, set in motion a change that would allow those realizing freedom for the first time to have something to celebrate on the 4th of July. By 1865, the country was completely free of the curse of slavery and thousands of people were able to throw off the yoke of “thralldom” they had carried for so long. The joy of the seemingly simple act of celebrating Independence Day now meant so much to this portion of the population who could at last see themselves as citizens.

In an editorial published in the Elevator (an African American owned newspaper) in 1865, the author expresses a happiness in celebrating the July 4 holiday that offers a rare glimpse into a very open expression of freedom. 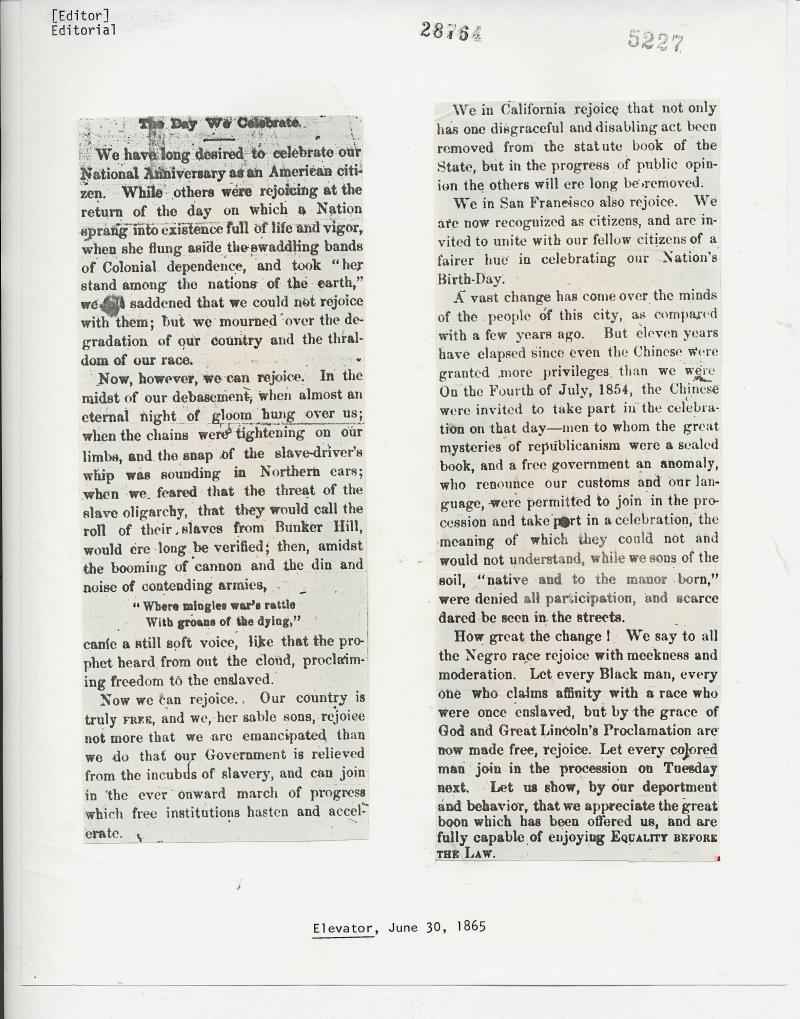