On August 1, 1834, the Slavery Abolition Act of 1833 went into effect, ending slavery for the British Empire. Even without the benefit of mass communication, almost every slave in the country celebrated this occasion with hushed reverence, prayers, and hope for the future of a reasoning governmental legislation.For years after this event, August 1, was celebrated as a holiday in the United States by those in the black communities (both slave and free). This one act represented a milestone in abolition efforts fought by so many over the difficult years since the first slaves arrived on U.S. soil.

Included in the festivities for the celebration of August 1 (Emancipation Day) each year, were speeches delivered by prominent abolitionists. One champion of the cause of abolition to speak in 1861 was William Howard Day, whose speeches and editorials can be found in the Black Abolitionist Archive among our digital collections. Day, formally educated (rare for a man of color during this time), spoke eloquently and passionately for the cause of freedom, for a reasoned approach to ending slavery.

In an editorial published in the Douglass’ Monthly newspaper in 1861, Day spoke about the changes that had taken place in the years of slavery in this country since Britain realized its error in enslaving human beings for economic gain. While government officials in the U.S. argued for the economic value of slavery, Day proposed that slavery was actually not beneficial, that instead it had “impoverished the soil” with the evil of its very existence.

This one editorial offers readers a unique glimpse into the steady agitation that was the fight for freedom; that urged reason, compassion, and integration to slowly heal this moral wound.Men like William Howard Day worked tirelessly to keep this healing in progress, to encourage the move forward, to alert those reasoning minds in government to see the inhumanity in this purely economic view of the country.This one reading will likely encourage more.  There is a long and bloody history of slavery dating back thousands of years, yet with this collection of archived editorials and speeches, readers can experience the struggle from a documented accounting.  And with these documents, the contributions of these great men will not be forgotten. 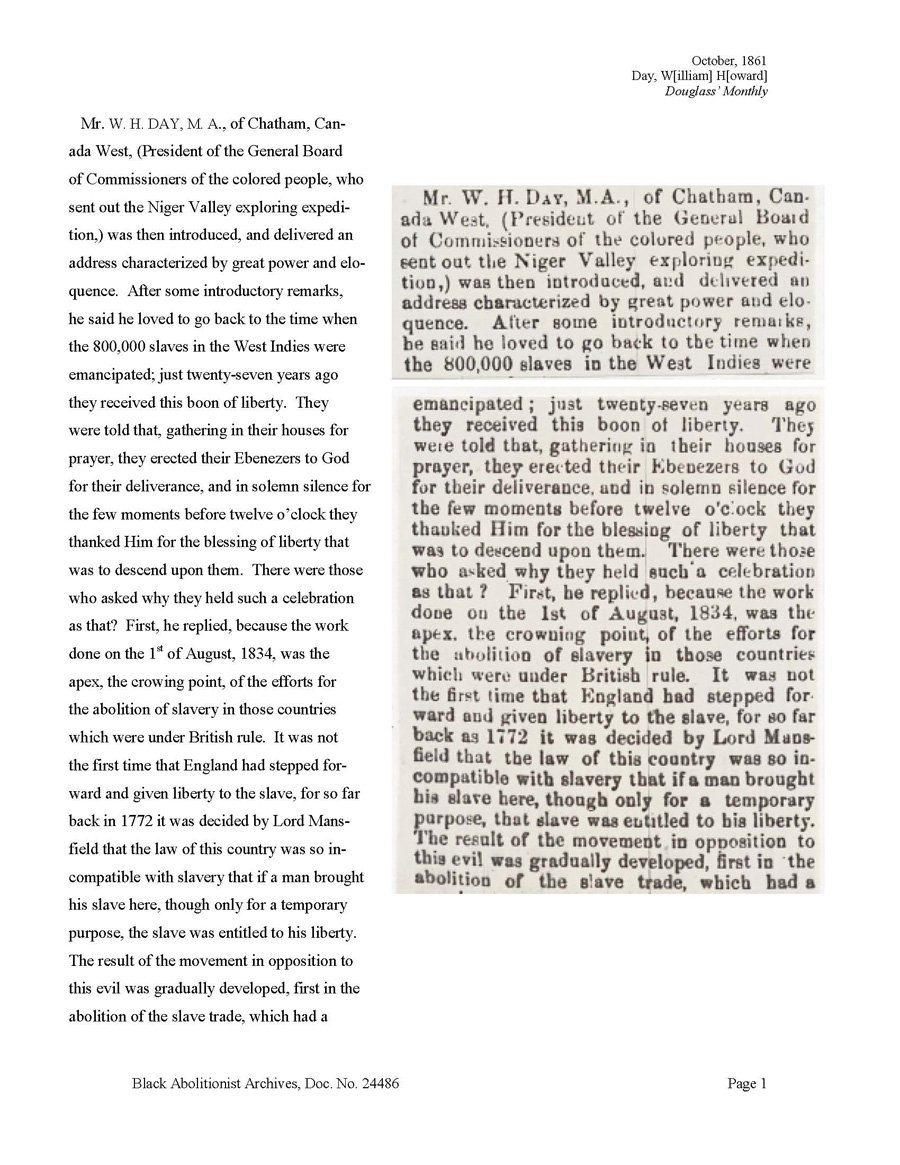