The story of Henry Bibb is fairly typical of a lot of Black Abolitionists.  He was born into slavery in the early 1800′s at the peak of American slave holding, and he died before Emancipation.   (His mother was a slave and his father was purported to be a wealthy plantation owner.)  He sought out education illegally, witnessed his siblings sold to other plantations, and married young.  He escaped slavery more than once, and established Canada’s first black newspaper The Voice of the Fugitive.  He became an outspoken activist for abolition, fighting for freedom along side Frederick Douglass and William Wells Brown, and became one of the best known Black Abolitionists of his day.

The Digital Special Collections archive is proud to offer a collection of Henry Bibb’s speeches and editorials, both in text and audio formats.  The audio versions of these works were recorded by a volunteer to add another dimension of the presented text.   This allows the archive visitor to return to a time when the fight for freedom meant the struggle for life itself to so many.

The speech linked here was delivered on August 11, 1847, and published in the Emancipator newspaper.  Mr. Bibb spoke before a committee gathered to welcome fugitive slaves arriving by Underground Railroad to a small town just across the Canadian border. 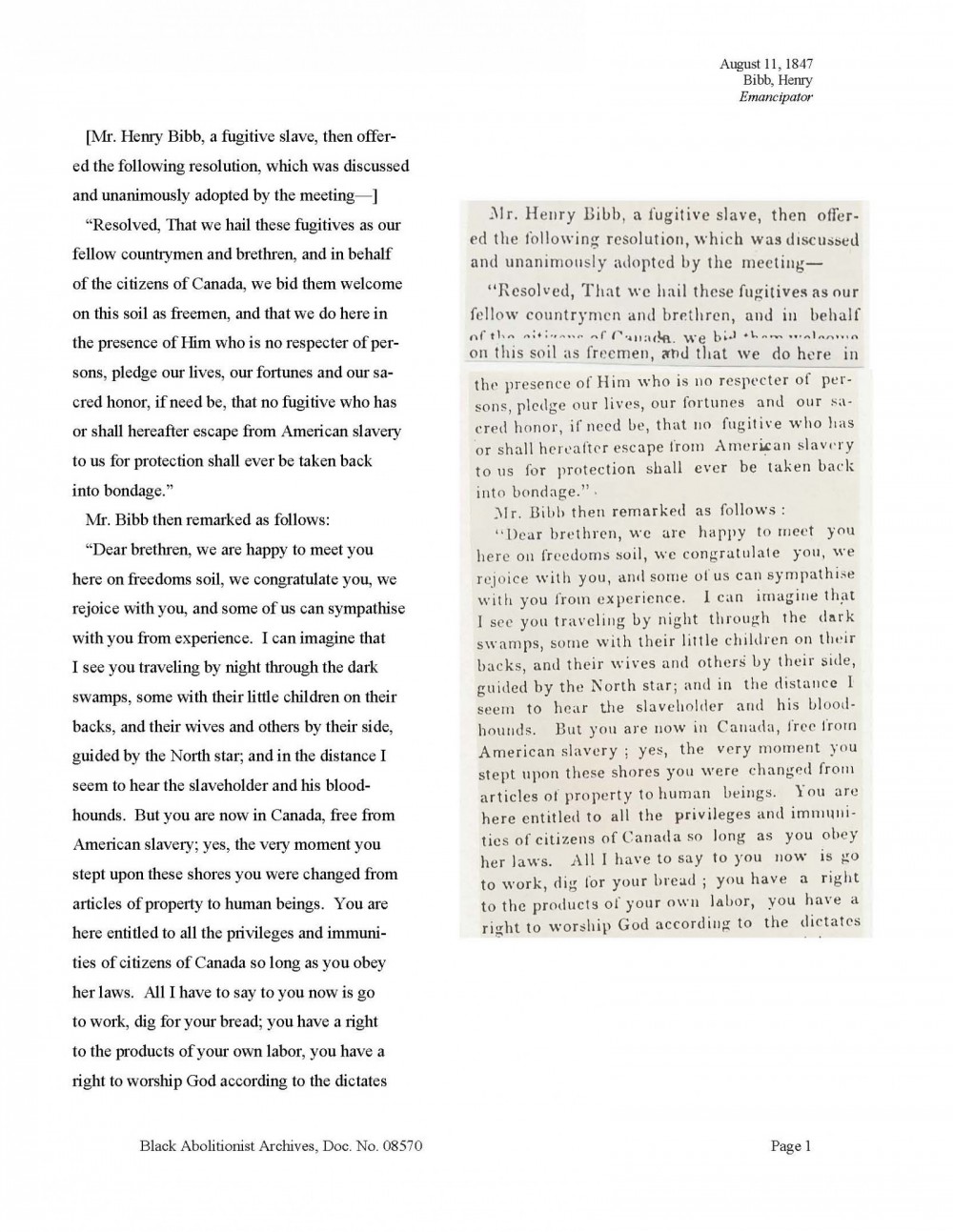