A Tamarack is a type of pine tree with reddish-brown bark and blue-green needles.  It’s also the name of a series of publications from the University of Detroit that appeared between 1890 and 1923.  These are considered the first issues of what in 1923 would be absorbed by the Varsity Newspaper that started its publication in 1918.

We are proud to introduce you to the Tamarack, a new addition to our digitized collection.  We will begin making these available every two months beginning in late September until the collection is complete.

The first two additions of the Tamarack will be for 1913 and 1914.  Opening the pages of these two publications is like stepping inside the memories of those who are no longer with us.  The generation that created the university experience during those years still, through these booklets, offers you a way of stepping back into a time when the world was less chaotic and seemingly more fun.  But these publications offer more than just a connection to the past, they include poetry and essays written by those who could be the great grandparents of today’s students.  The writing published in these booklets may not have been saved or published anywhere else.  The wisdom and talent of the young minds of this time are held forever within these pages, now digitally preserved for generations to come.

Tamaracks are distinctive trees and so are the publications that bear their name.  They are not evergreens, however, and neither are the yearbooks.  As digitized memories, we hope to preserve them for students now and in the years ahead. 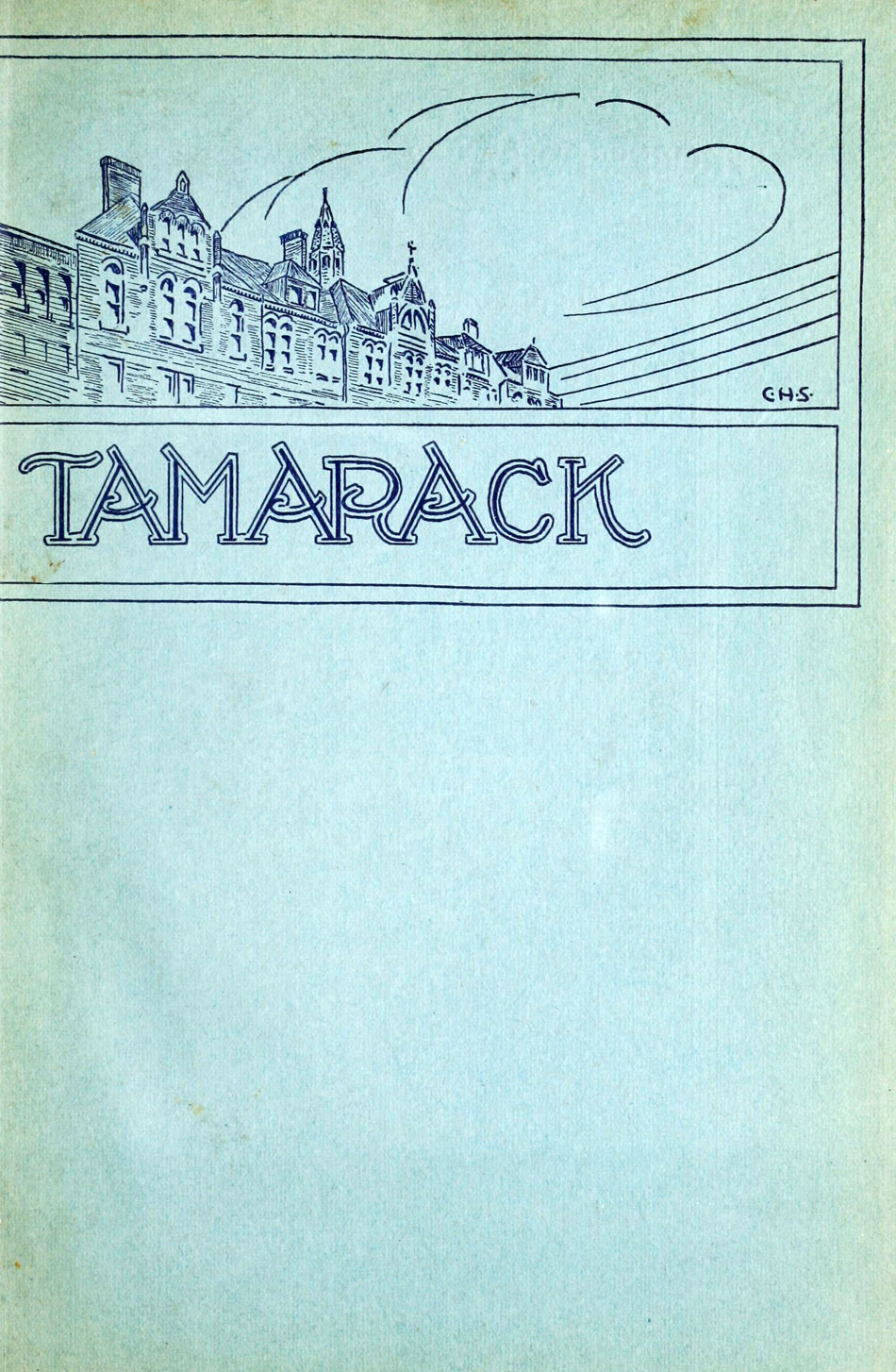 Richard Mabey says, “To be without trees would, in the most literal way, to be without our roots.”  (Beechcombings: The narratives of tree) The same seems to also apply to the history these books represent.