In the first few pages of the June 1898 issue of the Tamarack is the Skinner Prize Debate, an interesting argument on U.S. immigration laws.  The discussion begins with a resolve:  “That the immigration laws of the United States should be made more stringent.”  This caught my eye as I was skimming over the offerings in this edition of our new Tamarack archive.  From what I remembered from U.S. history, the U.S. during this time was welcoming immigrates with few exceptions.  We had a vast country to fill in the late 1800s and those from other countries who sought freedom and boundless beauty were clamoring to populate it.

According to schmoop.com, immigration increased substantially between 1870 and 1880, and it seemed at the time that this trend would continue.  This was the land of prosperity and endless resources and it must have looked like heaven to those who only knew restriction and limitation.

“Give me your tired, your poor
Your huddled masses yearning to breathe free
The wretched refuse of your teeming shore
Send these, the homeless, tempest-tost to me
I lift my lamp beside the golden door!“

But in 1889, we began to rethink our agreement.  The U.S. had already placed restrictions on who could enter the country.  These, mentioned in this debate, were not written in the language we’d use today.  The limits were all about keeping out those we considered “unhealthy” and “undesirable.”  Now, in this debate, students took a more focused look at these restrictions from an industrial and political point of view.

In one example, a comparison is made between the immigration laws of Carthage (where, as the author tells us, the immigration laws were most stringent) and Rome, where “…the peoples of the earth” were welcomed.  Of the two, Rome “…remained the supreme mistress of the world in every department of human energy” for centuries.  While the glory of Carthage was “short lived.”

These days this debate seems to continue.  And while forming a 21st century opinion of the laws currently in place on immigration, it might well benefit us to take a look at the thoughts of those who won the Skinner Prize for their own questions on this subject over 115 years ago.  This issue of the Tamarack allows entry into ideas that may help broaden our perspective on this question today. 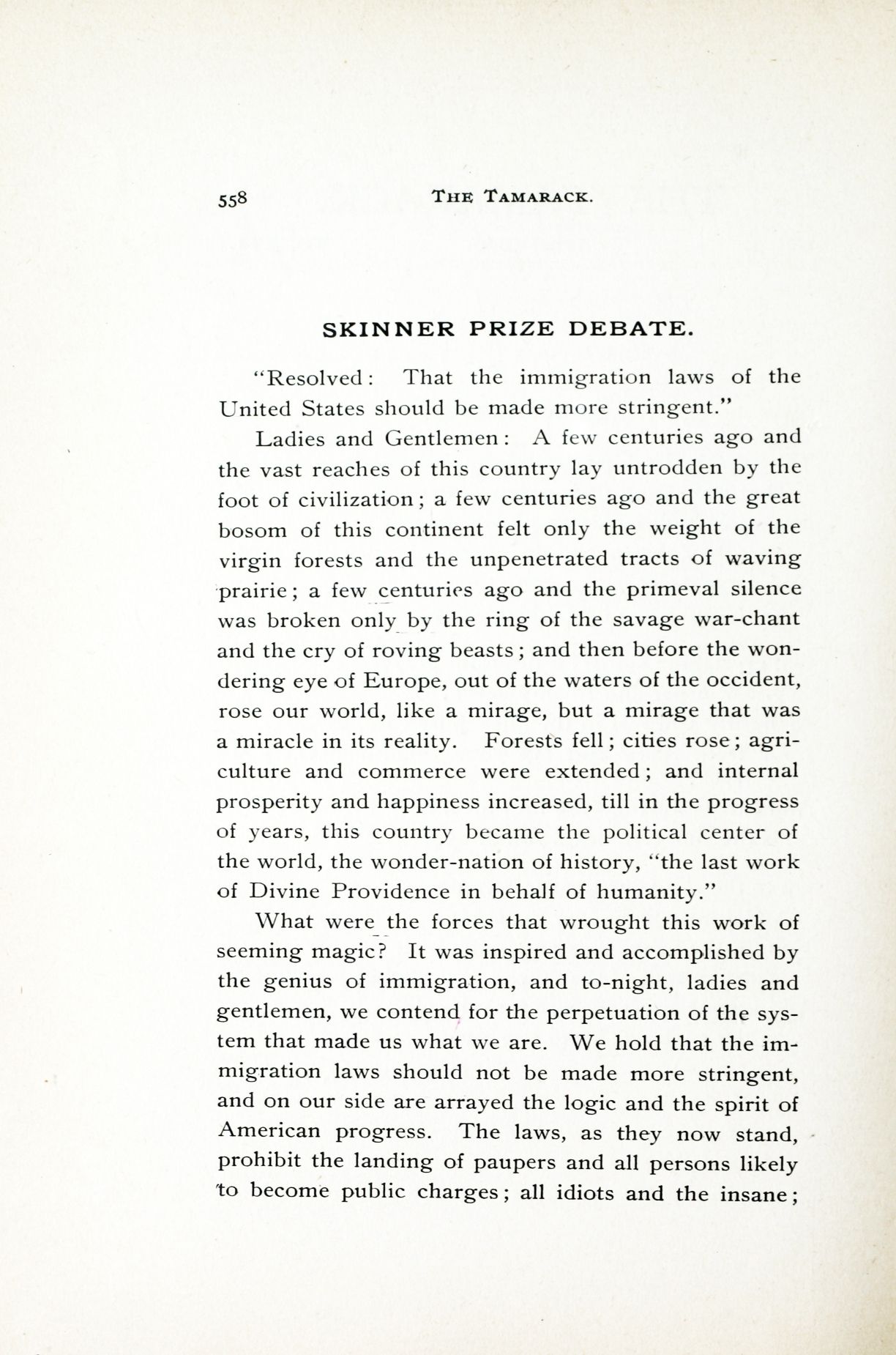