Some things get lost to history. At first, dramatic events are passed along from one generation to the next — parents tell parents, friends tell friends. When the world gets busy with major events like wars and economic disasters, however, the smaller ones fade into the dusty lines of historic records. Later, when we stumble across these old social memories, we often react with surprise.  And isn’t that cool?

On April 27, 1915, a fire destroyed the mostly wooden bridge connecting the mainland to Belle Isle.  Those fortunate enough to have a camera with them at the time captured some pretty dramatic images.  Others, like the students at the University of Detroit, relied on their ability to communicate the excitement of the day through the written word.

The page below, taken from the June, 1915 edition of the Tamarack, provides a glimpse into the way the local community responded to what must have been a very tragic afternoon. 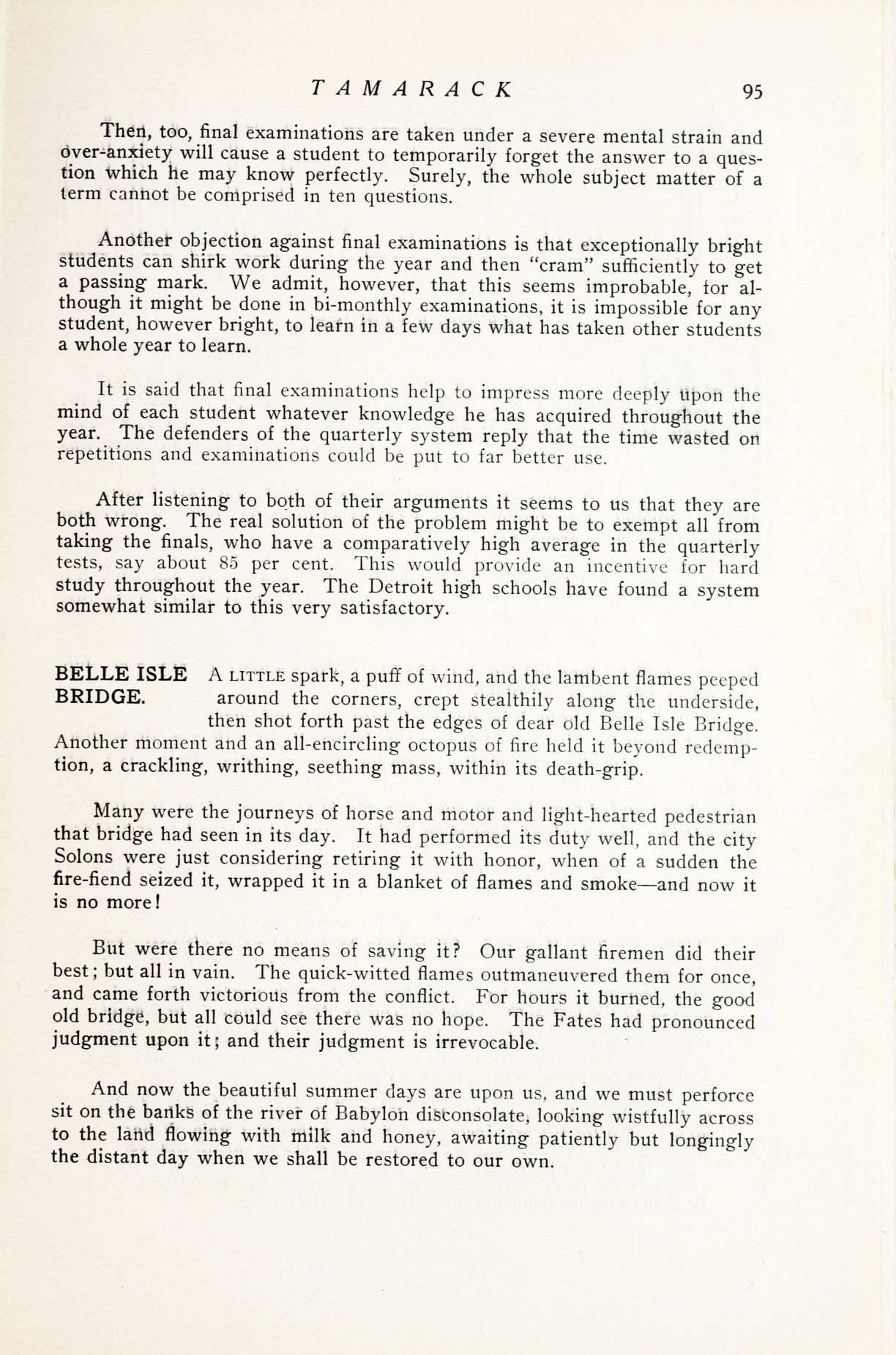 The remains of this sad wooden structure were replaced in 1923, renamed to the McArthur Bridge in 1942, and restored in 1986. (source: wikipedia)