I’m sure you’ve heard the old adage, “A picture is worth 1,000 words.” The truth in this saying is evidenced by the variety of photos without text in the later issues of the Tower Yearbook.  The 1973 edition (titled, “The Urban 1973 Almanac and Yearbook, A Guide to the University of Detroit“) is a great example of this.  The title page of this yearbook alone, offered as it is in the curly-ques and leafy design of an actual almanac, is a reflection of the times.  In those days, a return to a simpler time was encouraged: back to the present moment, back to nature, back to the farm, back to the almanac.  And in this urging to slow down the frantic rush to the future, we have the potential bridge between university life and the changing cultural.

The idea behind the focus on simplicity during this time is that the complexity of a growing industrial and technological social structure could be conveyed in one picture. This seems to lead the way to current times when we can recognize direction through the image of a smiley face or simple letter-structured terms like “LOL” (or even the highlighted text on a web page indicating a link)!  In a sense, the icons that populate the electronic devices we’re so attached to now are miniaturized versions of this adage (“An icon is worth any number of words”?).  (This can be quickly recognized in our response to the “X” for close shown in the upper right corner of your browser screen even now!)

In 1973, however, the Tower Yearbook staff were just figuring out the power of the image in its ability to communicate a lot of information. On the beginning page of this yearbook after the Contents, is one line of text announcing the images that follow, “Some things you might have missed”. This is followed by several pages of images without text offering readers a stroll through the year in their own memories of it.

On page 24 of the 1973 Tower, the image of the open gate on part of the tall fence near a campus dorm building illustrates more than one meaning regarding Public Safety as explained in the text next to it .  It seems this fence was both a curse and a blessing: it reduced crime but only worked to do this if the gates were monitored and kept locked.

1973 was a turbulent year, not only for U of D and the city of Detroit, but for the country overall. The changes taking place outside the campus gates were reflected in the protests, crime, and discontent on the campus itself. Campus life became more involved in assisting social change than in parties and festivals. Trying to explain the times, the culture, the turbulence of the year in words would take more than one volume to convey. And while these changes could be complex, the picture heavy edition of this yearbook offered a way of clarifying them. 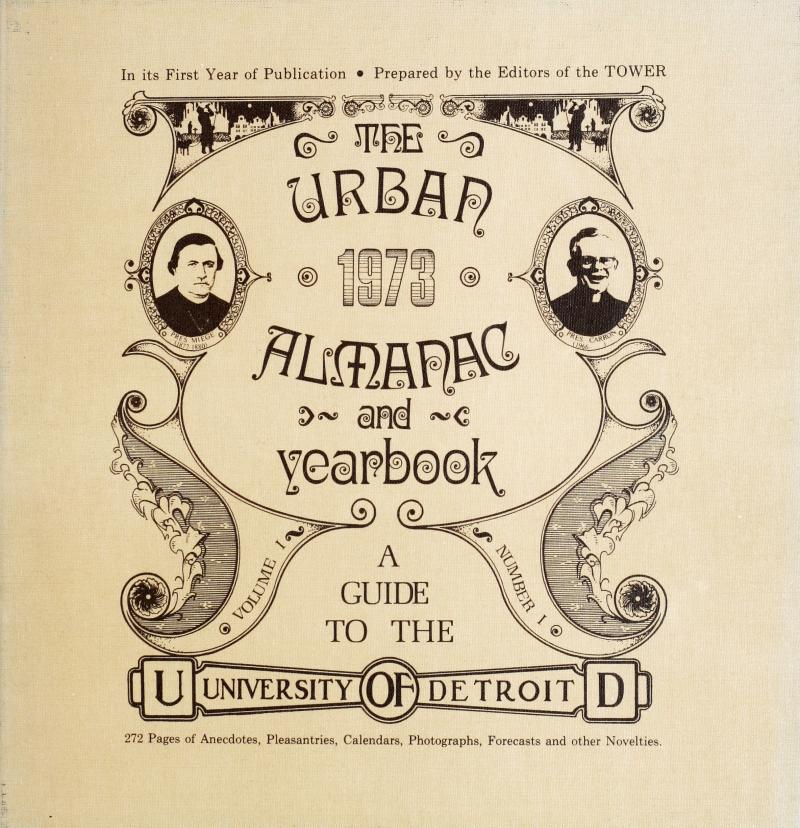 The Urban 1973 Almanac and Yearbook