On June 28, 1914, the Archduke Franz Ferdinand, heir to Austria-Hungary’s throne, and his wife, Sophie, were assassinated while they were visiting Bosnia. By July of that year, Austria-Hungary and Serbia were at war; and by the end of August Germany, Russia, France, Great Britain, and Belgium were all involved in what would become the first World War. While President Woodrow Wilson worked to keep the U.S. out of the hostilities, the entire world shook with rage and horror over this bloody conflict.  (In 1917, the U.S. entered the fighting when, on April 6, it declared war on Germany.)

As events unfolded in Europe, the atmosphere around  the U. of D. campus seemed unaffected by it all.  Reading through the Tamarack publication from October 1914 (four months after the world began its steady march towards “The Great War”), I could find only a tongue-in-cheek mention of the conflict (shown in the image here).

Some of the humor in this page needs a bit of explanation. Earl Kitchener, a newly created peerage in the British ranks (dukes, marquess, earl, viscount, baron) had just been created in 1914 for famous soldier, Herbert Kitchener. Stroh and Goebel were brewers in Michigan (doing quite well at the time). The other puns seem obvious.  And it’s likely that the rest of the names mentioned here were students (Edward D. Devine, Charles L.  Bruce, and Henry N. Gaspard were all listed as officers in the Alumni Association in the 1915 bulletin).

Earlier Tamaracks expressed the light-hearted school boy air of those carefree days before the first world war.  After that, it seemed the tone changed to a more somber one. The students of U. of D. seemed to view a very different world after this point. 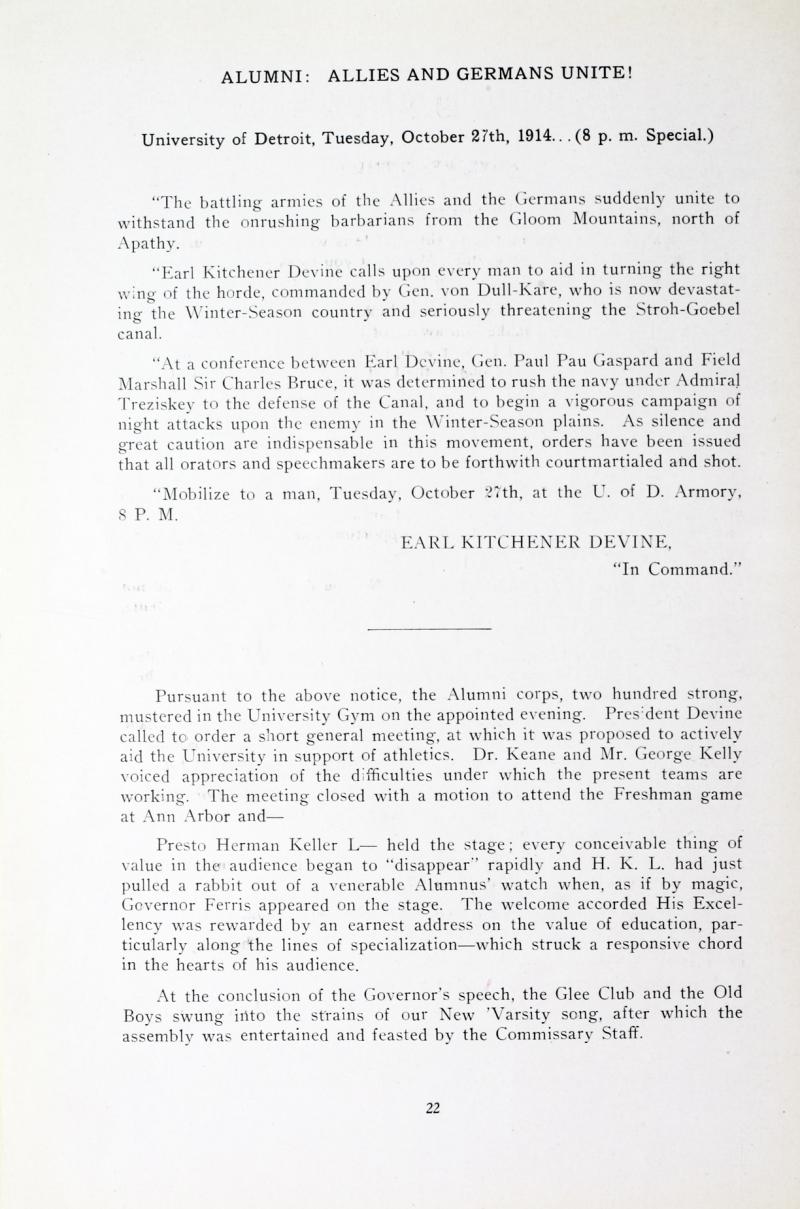