One hundred fifty-one years ago in June, 1863, Sojourner Truth (a name chosen by Isabella Baumfree, former slave and abolitionist) attended a Sunday School Convention in Battle Creek, Michigan. On the last day of the convention, during a mass meeting of white children and their teachers at the local Methodist Church, she sat patiently in the back of the church listening to various speakers. When the last one finished his speech, she rose and spoke clearly and distinctly to the men at the podium, “Is there an opportunity that I may speak?”

By this point in her life, Sojourner Truth had already fought a long battle against slavery and gender inequality. Her devotion to her cause and the sheer inner strength of her character, were well known to most people in Michigan (both black and white). Anyone else asking to speak may have been brushed aside, but the respect she had earned by her persistence as a humble freedom fighter, allowed the crowd to part so that she could make her way to the front of the church to speak.

The National Anti-Slavery Standard newspaper reported on the events of this day and the wisdom she offered to such a young audience. In part of the article, the writer notes, “She said that the Spirit of the Lord had told her to avail herself of the opportunity of speaking to so many children assembled together of the great sin of prejudice against color.” She knew instinctively that the best way to slow the ugly spread of racial prejudice was to teach children to love one another, regardless of skin color or appearance. The children who sat in the church that day had the potential to grow to be the adults who would influence a social world toward the acceptance of all human beings as children of God. As she spoke to the white children gathered before her, she presented a rational approach to the idea of seeing all human beings as one in God’s eyes.

The Black Abolitionist digital collection is proud to offer not only a PDF version of this published article, but also an audio version of this inspiring speech read by a volunteer. Please visit the archive to read and listen to this moment in history. 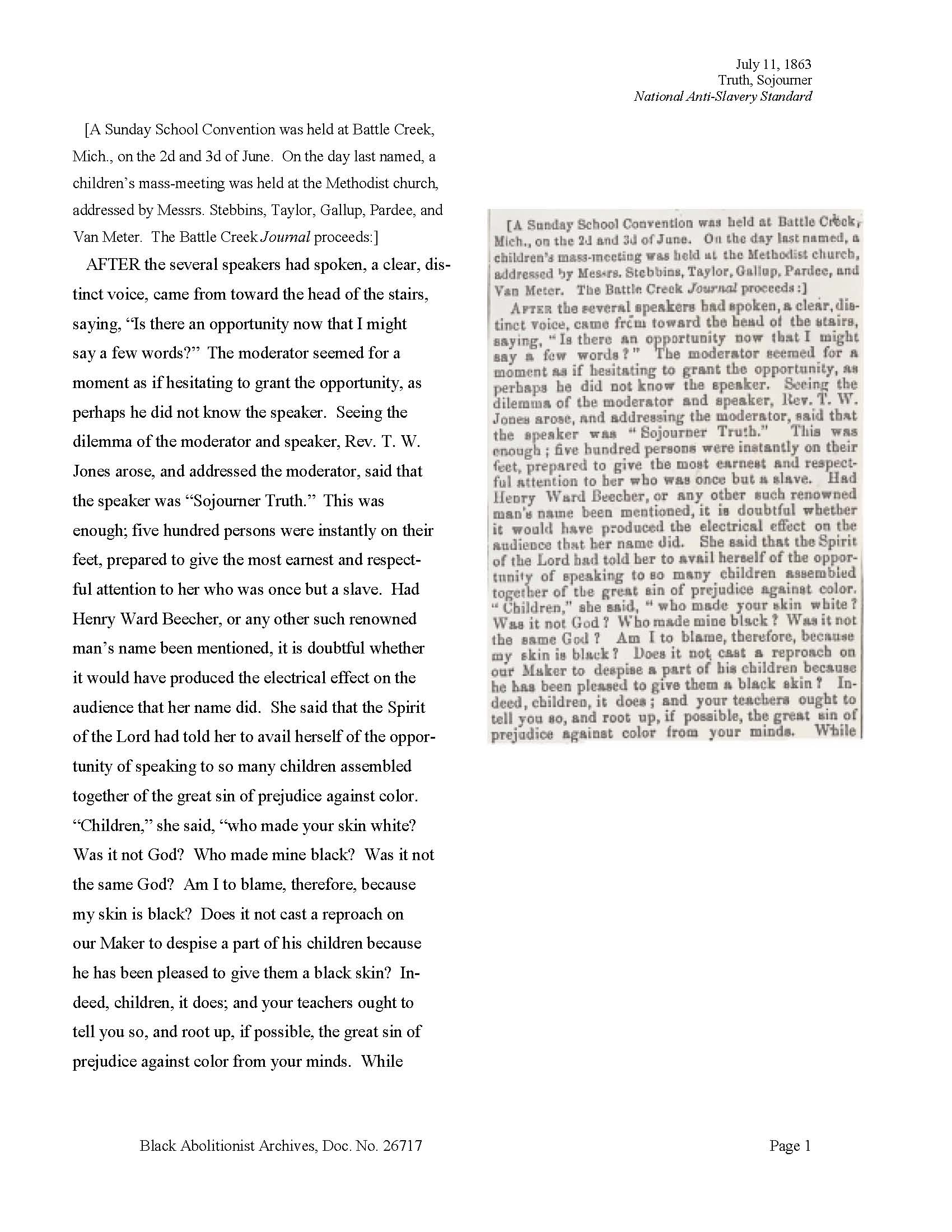