It seems an unlikely pairing, but one theory in the history of slavery assures us that Harriet Beecher Stowe was influenced to write her novel Uncle Tom’s Cabin after reading the autobiography of Josiah Henson, former slave and Black Abolitionist.  Stowe’s character of Uncle Tom even looks a bit like the photograph of Henson available on various web sites devoted to African American history.  And according to one site, Henson’s supporters even encouraged this connection after the book’s popularity to call further attention to the horrors of slavery that were going unrecognized by most of the white population.

But Stowe’s character of Uncle Tom was also based on a lack of understanding of the actual depth of the problem with the economic “industry” that slavery had become.  Her fictional character lacked the human element that Henson brought to the cause.  Henson had lived through slavery, he had been a loyal slave, and he had been changed forever by his immersion in the way a lack of human compassion can alter human lives.  His encounter with sick and starving slaves encouraged his escape to Canada and his work with education that followed.

The Black Abolitionist Archive contains a brief but important speech by Henson, delivered in 1851, and published in the Anti-Slavery Reporter newspaper.  Stowe’s novel would not be published until March, 1852.   Henson’s autobiography (written by ghost writer Samuel A. Eliot), The Life of Josiah Henson, was published in 1849.  The “tumultuous greeting” he received was then based on his book and not on Stowe’s.

In this speech (shown below), he praises the way education was offered to those of African descent living in England, emphasizing the work of the Sunday School Union there. 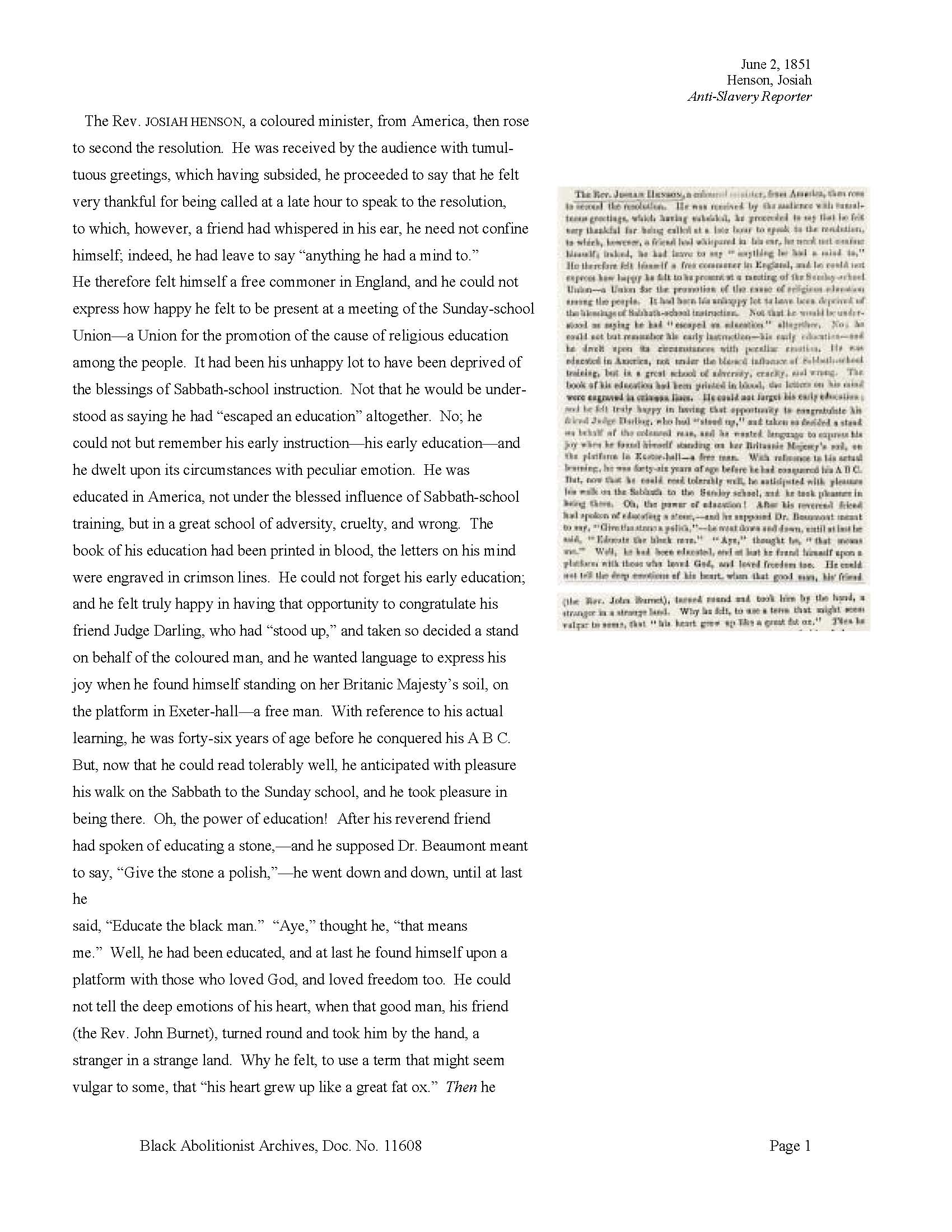