Slavery in America can be traced back to Jamestown, Virginia in 1619. It was legalized in this country in 1641. As it evolved from a cheap source of labor to an economic necessity in the years that followed, more and more restrictions were placed on the enslaved people involved. The governing powers had soon realized that in order to keep control over their laboring human property, they had to keep them ignorant and uneducated. A literate slave, they reasoned, was more dangerous. An educated slave could influence other slaves to question their lack of freedom; could share knowledge and information about the outside world; could encourage revolt and urge escape. If slaves could read and write, they would be able to communicate with people outside of their restricted environment, expand their connection to the world outside of the plantation, and realize their own power as human beings in an unjust world.

So, even though educating the black population was not illegal in the northern states during this period, it wasn’t encouraged or supported. Many schools dedicated to educating black children folded under the pressures of lack of funding and lack of support from the white population. Education in this section of the population at one point became a communal endeavor: literate parents taught their children, friends taught friends, groups formed to help each other learn. In the South where educating slaves was not allowed, this type of communal education (mostly centering on learning to read the Bible) was unstoppable.

During this time, the Black Abolitionists saw the value of education and worked tirelessly to encourage it among the black population, both free and enslaved. An educated population was a more powerful force for change in an unjust society that seemed to turn a blind eye on the horrors that made possible their economic bounty. They knew that improving the conditions of the black people depended upon education for themselves and the generations to follow. The primary focus of editorials written by black abolitionists during this period was on “the mental and moral cultivation of our people.” And into this determination to learn and improve came access to and development of quality schools and libraries (and in the case of the editorial shared here, the Philadelphia Library for Colored People).

In its December 2, 1837 publication, the Colored American filed this report on the educational opportunities the editor visited in Philadelphia. Within this article, the editor notes, “In union, brethren, there is strength.” 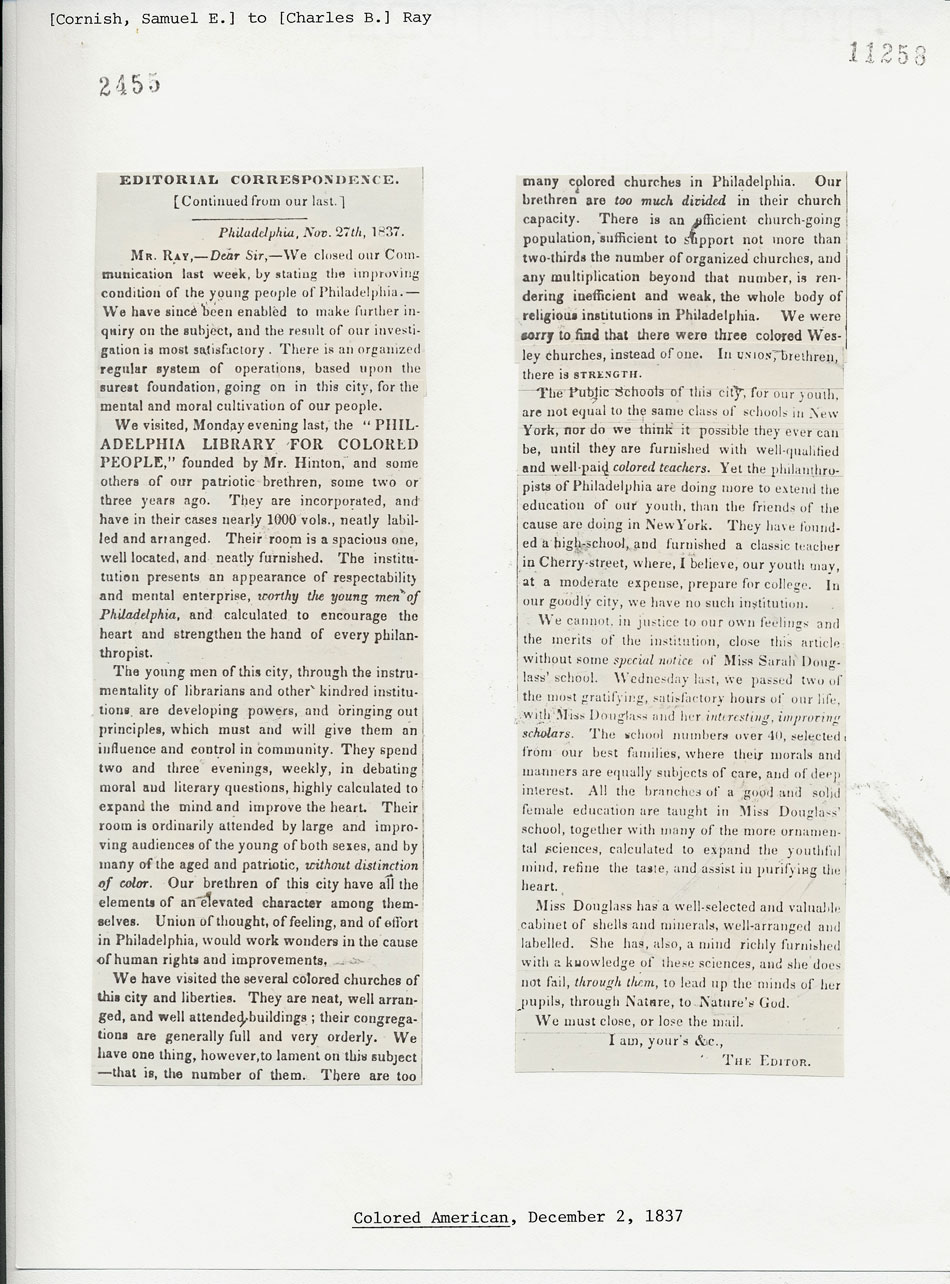