The 1917 Tamarack (published in June of that year) presents a portrait of a university deeply committed to the war effort.  What begins as 14 pages of interesting advertisements (which capture the readers’ attentions right away), leads subtly into the strongly patriotic support of the country’s entry into World War I.  Reading through the pages of this issue offers visitors a glimpse into a time of war before this country really knew how horrible a world war could be.  There was no precedence for this type of combat as country after country got involved.  This young generation in this country had never known bloody warfare, especially the type that awaited them.  There was no way of knowing how terrible this would be.

Reading this issue of the Tamarack, visitors to the archive may wonder how many of these fresh faced souls came back alive.  How many of the ones who did were able to deal with the scars, both physical and emotional, that time in the trenches left with them.  The traumatic effect of war on survivors has been called by different names over the decades since 1917. Hopefully those returning from the Great War managed to find peace when they returned … if they did return.

By 1917, the war had spread across Europe.  In April of that year, the U.S. had declared war on Germany.  When this issue of the Tamarack was published in June, the country was in the process of losing its innocence.  Two years later (in June, 1919) the Treaty of Versailles would end it.  The world would never be the same again.

Two more issues of the Tamarack would be published after this one. Both focused on questions regarding the war and patriotism. I can’t help but wonder if the sobering effects of war helped to end the Tamarack’s future publications. 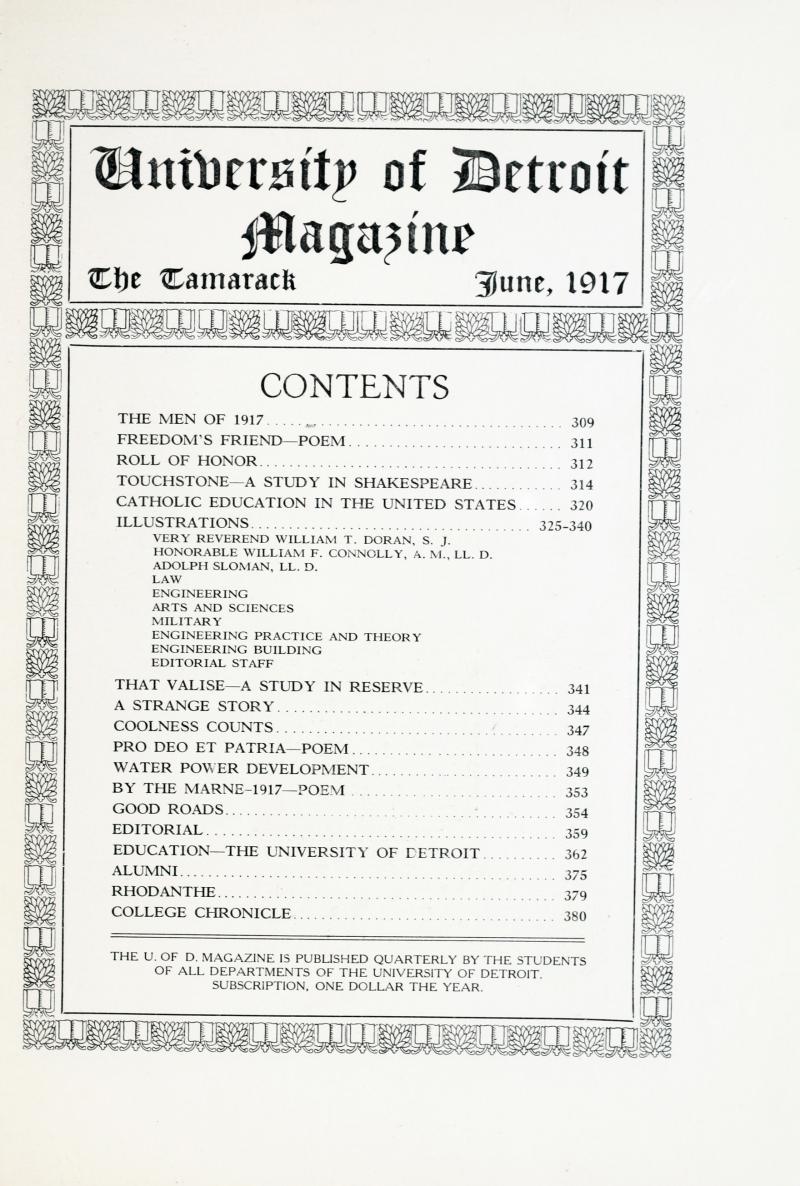 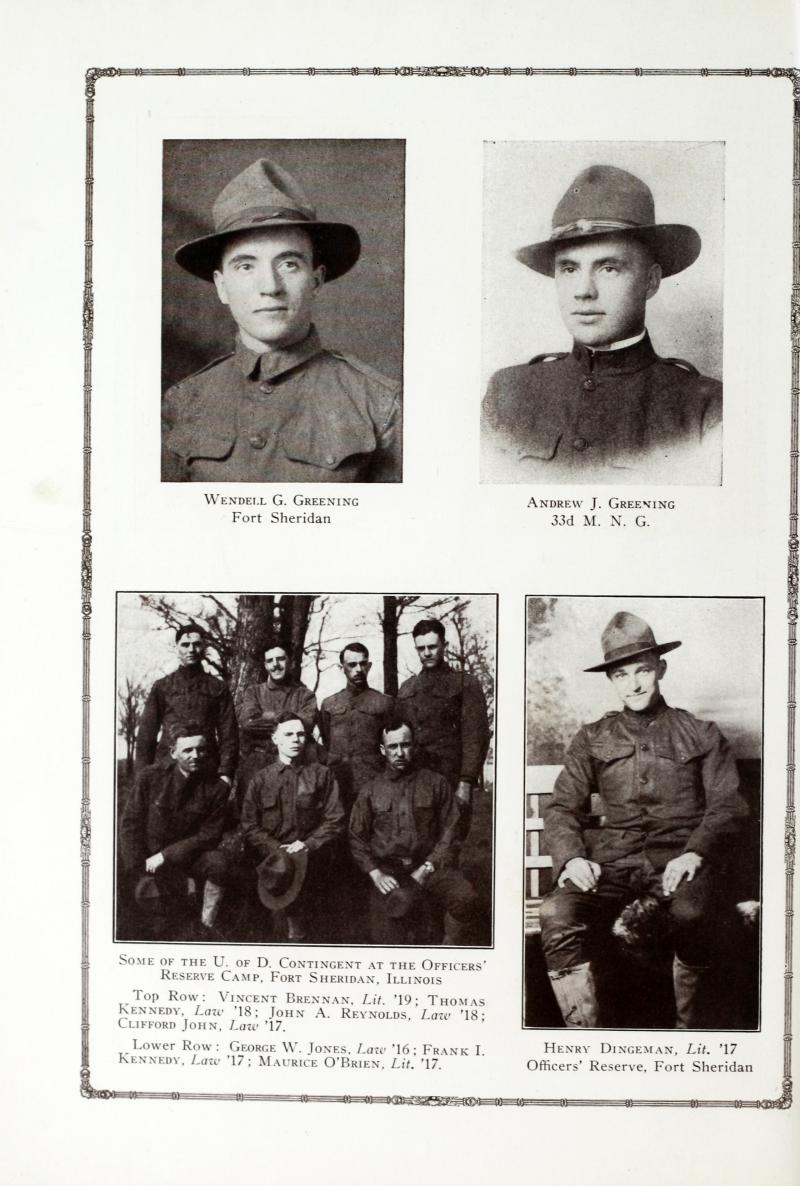