Free Soil Party and the Voice of the Fugitive February 2015

In 1850, the Free Soil Party was formed to organize the more radical members of the Whigs and Democrats.  Wikipedia.com tells readers that the party leadership consisted mostly of anti-slavery members who opposed expansion of slavery within the U. S.  Good intentions, no doubt about it, but this noble third party practically fell apart about a year after it was formed.

In 1852, however, the party was almost revived during a Free Soilers Convention held in Ann Arbor on September 1.  A reporter for The Voice of the Fugitive newspaper (Canada’s first black newspaper) was there and summed up the event in a short but powerful article (shown here) published towards the end of that month.

The Free Soil party basically ended after the election of 1852 (their candidate, John P. Hale, lost).  Those who remained were swept into the Republican party in 1854. 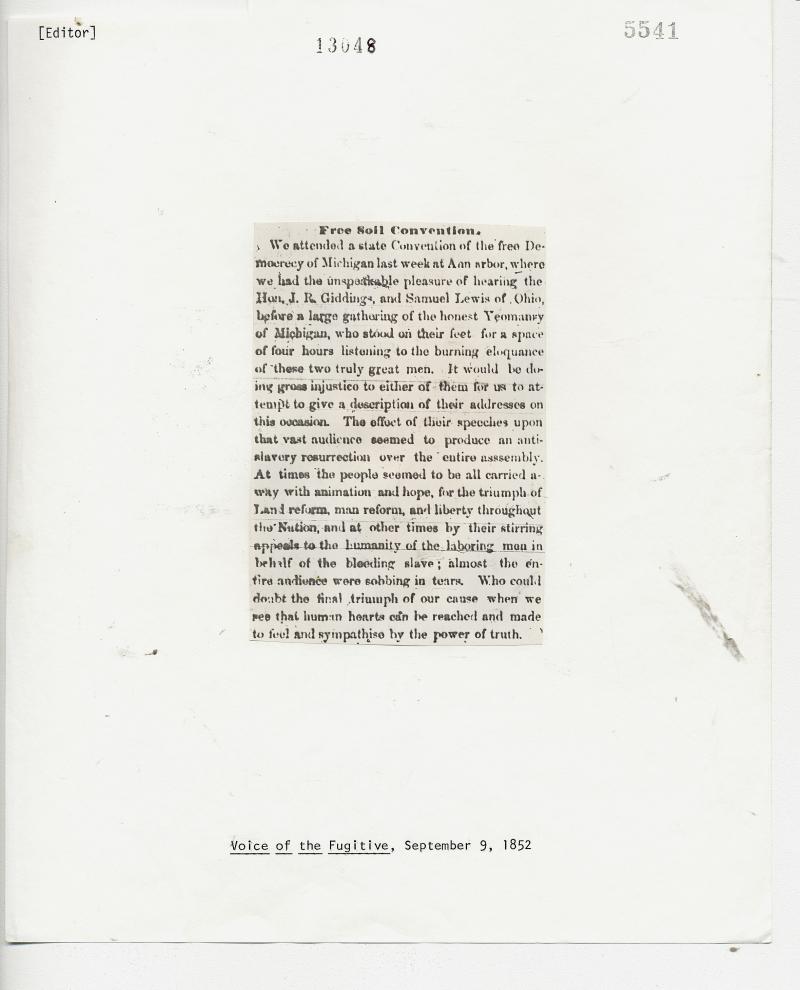