The Future of Warfare June 2015

When the 1918 edition of the Tamarack was published in June of that year, the first few pages held more advertising than content.  Slowly over time, ads had gone from simple product mentions at the end of each issues to full page graphics at the beginning.  It was obvious the Tamarack’s days were numbered.  Even the tone of the content had changed.  The early literary volumes filled with poetry and prose were now offering a more somber tone, concentrating more on engineering, the military, and the future of warfare.  This was the year the “Great War” would finally end, but at this point, the battles still raged.  The sobering atmosphere had likely influenced the writers; the country itself was forever changed.

This volume speaks to those who are graduating into a world where “invention” is more about “protection” than the advancement of human knowledge.  Engineering is recommended as the best major for incoming students who would realize success in this newly changed world.  And Engineering is about the technology of war more than the technology of business as it had once been (and will be again).

On page 174 of this issue is a contribution titled “Warfare–Past, Present, and Future.”  In it, the author imagines the future of warfare that now includes technology such as machine guns, submarines, airplanes, gas shells, and “deadly projectiles.”  Designing for warfare was not just about inventing new ways to kill the enemy, but new ways to protect ourselves from the enemies attempts to kill us.  He also talks about the “English tanks,” once thought of as novelties but now, thanks to German reverse engineering of stolen tanks, a threat to future soldiers in future wars (something the writer seems to believe is only a matter of time).

A degree in Engineering seems appealing based on the seemingly urgent need to build up our defenses.  Ship building, the author notes, will require steel, and “steel magnate” Charles M. Swab (mentioned in the text) will make a fortune because of it.

On November 11, five months after this issue of the Tamarack first appeared in print, at 6 a.m., Germany signs the Armistice of Compiègne.  Fighting stops at 11 a.m., ending the “war to end all wars.”

As it turns out, this essay written five months previously, offered an eerie foreshadowing of the bleak future engineers would indeed design in the years to come.  As it turns out, warfare does have a future after all. 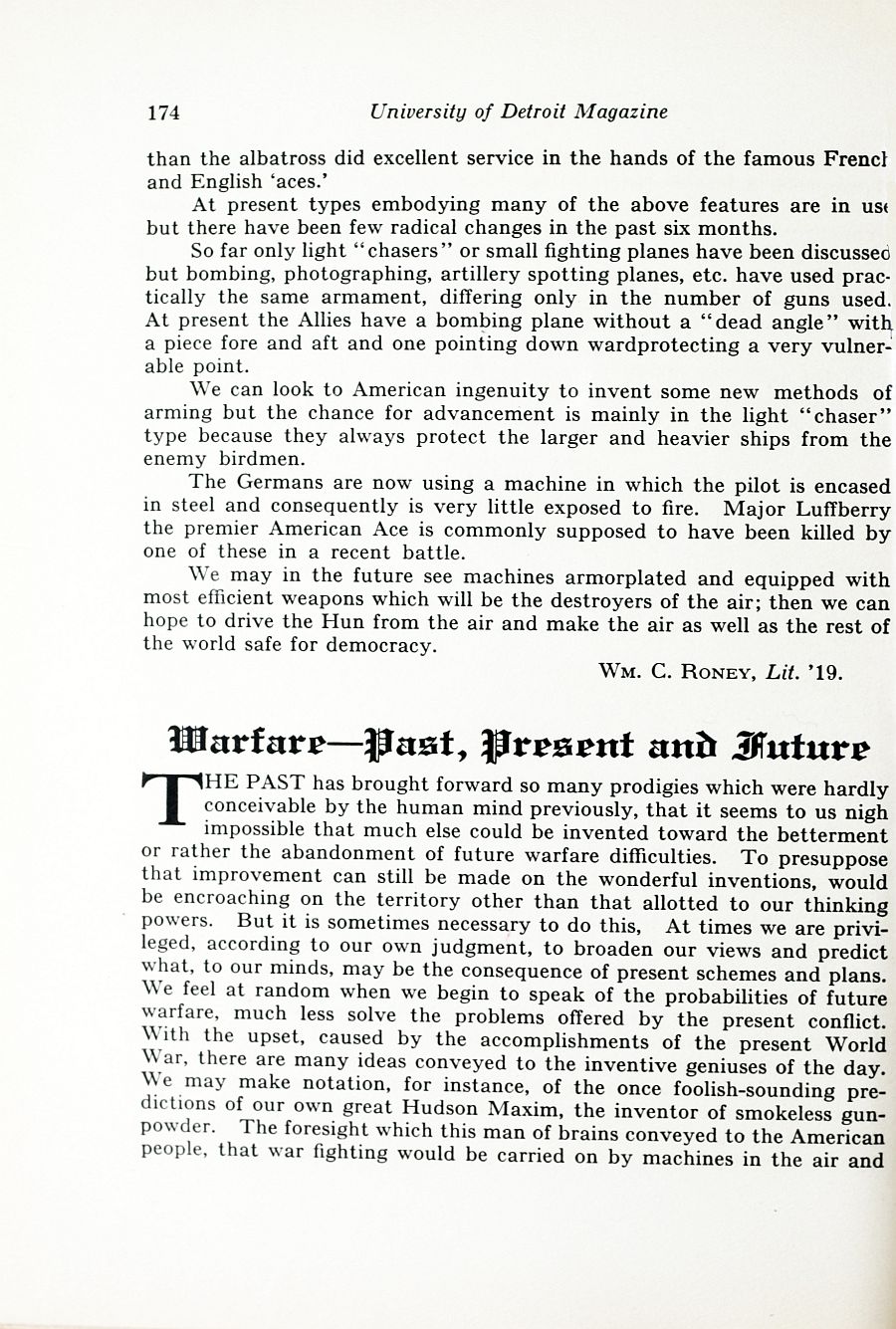