These days the library has become more of a center for learning, sharing, and community than a warehouse of books.  In its early days, however, students and faculty who used the University of Detroit library were regarded as “customers” who checked out books in a very formal fashion.  They looked up the call numbers printed on cards maintained using the Dewey Decimal System, and a technician or librarian would retrieve the books for them through a system of call boxes and “dumb waiters.”  It was very formal, very procedure oriented, and very tedious for all concerned.

In the beginning, the focus was on books, limited study space, and quiet.  Books were sorted by card catalog entry numbers which were imprinted on cards in the books themselves.  Although this process may have been slightly different at the University of Detroit, the basic procedure went like this:  When checked out, the card located within the book was removed and held at the circulation desk until the book was returned.  When the book was returned, the librarian used the card on file to check in the book and return it to the stacks. This procedure, of course, was all matched with the patron’s library card. The system was simple and trusting and very low-tech.

Micofiche entered the scene in the 1960s as a better way of keeping track of circulation, and in the late 1980s, computers found a place in the library as well. Still, using this new technology required time, energy, and staff.  And it was all still about the books: tracking them, organizing them, storing them, and collecting fines for their late return.

Over time, the image of the library as a great vault of book bound knowledge began to change. Librarians and staff began to notice that the patrons kept the library going. It wasn’t that the library, like a great Seinfeld sitcom Soup Nazi, would dole out its prized books to the worthy. It was more about offering students a place on campus to study, learn, and have access to the resources and technology that were so important to their education.

This page from the 1950 Tower Yearbook, offers a snapshot of the importance of the new library building on campus (completed that year).  Reading through this yearbook allows readers a better understanding of the early days of the library’s presence and how welcome it was on campus. Now students had access to the resources they needed to help them with their education in an inviting and well maintained space.

Over time technology has become the predominate way of achieving the library’s success. Students can get access to Internet resources as well as guidance in how to use these resources in their course work. The book is still an important part of it all, however, and chances are good that it always will be. 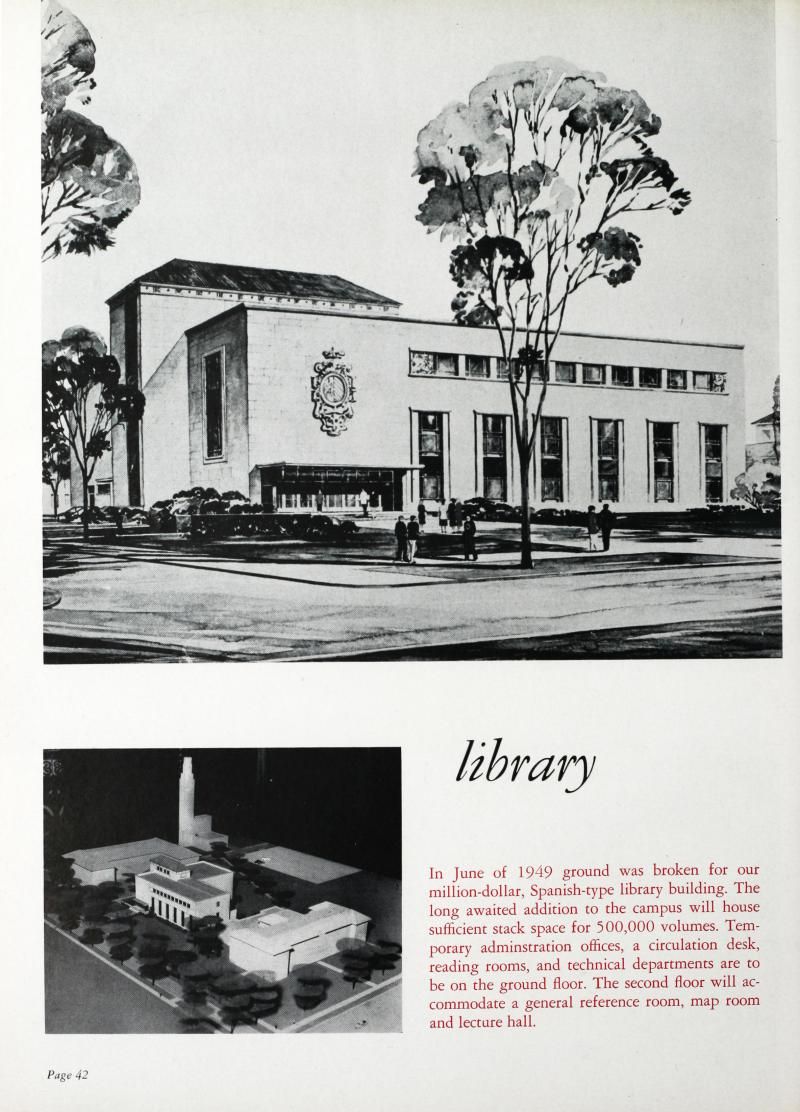 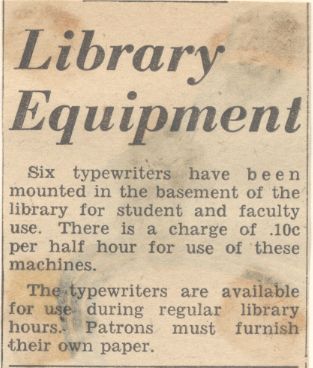