“Children of the Cloud and Frost” December 2015

It’s often difficult to believe that some of the Tamarack publications are from the 19th century. The writing, refined and thoughtful, could have been written today. The end of the 19th century usually brings images of horse drawn carriages, oil lamps, and mustachioed male students in Bowler hats. And the women? Oh, they were at home, cinched into their corsets, raising children or reading or dusting or staying off bicycles.

By 1897, the Victorian Age (which began in 1837 when Queen Victoria was crowned and ended with her death in 1901) was nearing its end. The students at the University of Detroit had no reason to think the world would not just continue on in its refined and peaceful way. They would graduate into the world of their father’s and continue on the path towards success already created for them.

Within the pages of the early Tamarack issues, lies a truer image of individual life in 1897 Detroit. The country was changing, the peace and relative prosperity of the Victorian era would have to soon give way to the troubling changes that waited with the early years of the new century. For now, though, 1897 was filled with an idyllic view of life exemplified in the poetic view of winter described in William F. Foley’s youthful and romantic essay. 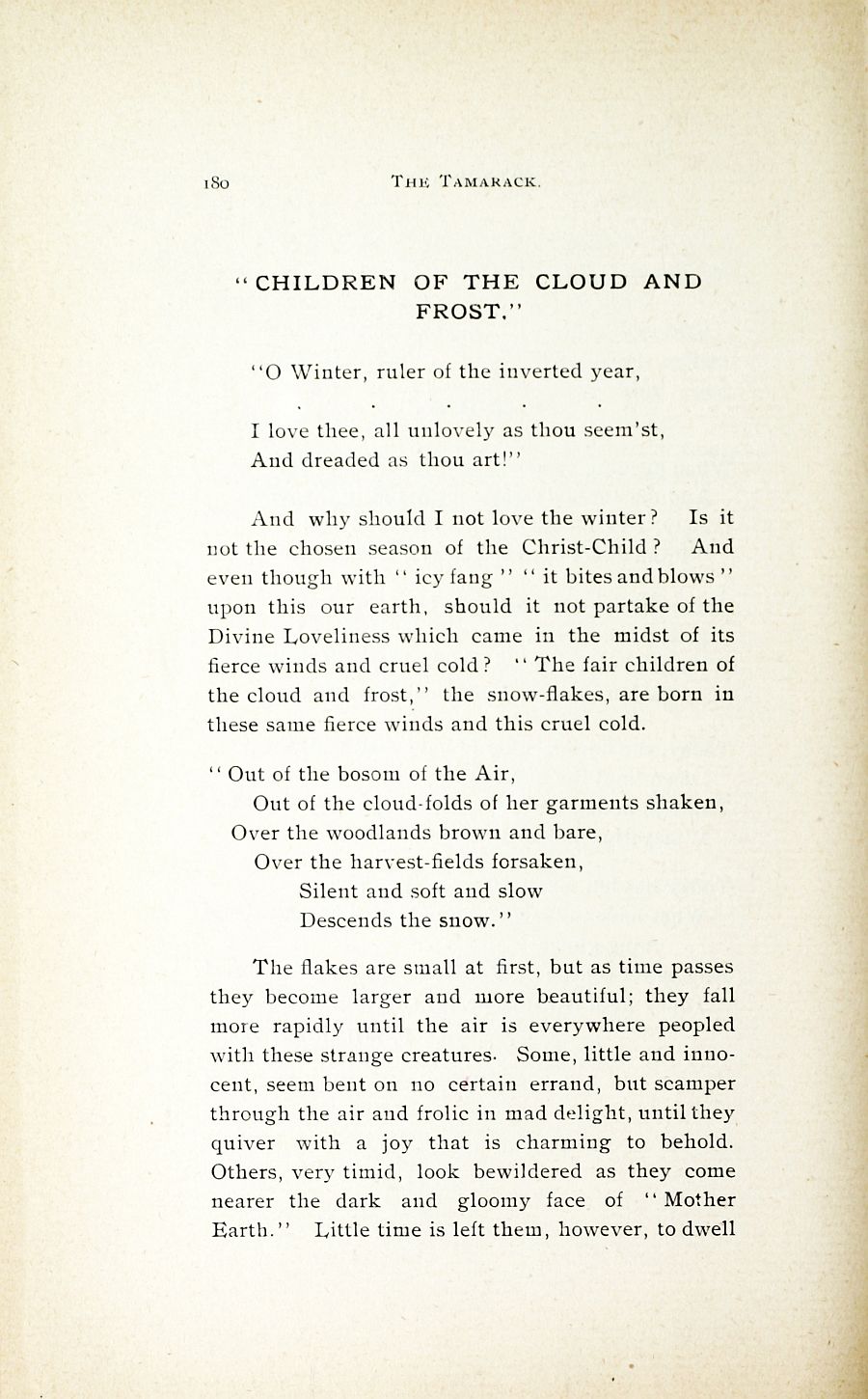