Things were never really what you might call cordial between the New World and Britain during the early 1800s.  There was the whole mess between the United Kingdom, Ireland, and France in 1803.  And European countries were focused on keeping control of the native people as well as the America settlers as the expansion in the United States was underway.  Treaties and Acts and Decrees were issued one after another between Britain and the U.S., while Britain was during these years distracted by the whirlwind of hostility France was dishing out.  In fact, between 1803 and 1812, political relations never really felt settled or peaceful between the U.S., Britain, and France to the people living in these countries.

While the British were busy dealing with Napoleon in Europe, the Americans decided to stir up trouble with Canada.  Britain used Canadian troops (their own soldiers were off fighting other battles) to push back the Americans.  Everyone seemed to be fighting with everyone else.  Not only were the British determined to stop American expansion during this time, but they had a nasty habit of seizing American sailors at sea and forcing them to fight in the European wars in service of the British Navy.  So, in 1812, the Americans declared war on Great Britain and the dust of this particular ruckus didn’t settle until January, 1815, with the Battle of New Orleans (fought after the peace treaty was signed in December, 1814).  (The War of 1812 wiki has details.)

Years later, in 1898, the war of 1812 was thrilling history studied in classrooms around the world, and specifically at the University of Detroit.  This historic story, however grand and exciting it still was then, was overshadowed that year by an award winning essay published in the Tamarack in March 1898.  In it, the author, Frederick S. DeGalan, tells the tale of a young boy pressed into service by the British Navy and his gallant efforts to free himself.  The essay isn’t long, but it does offer some insight into the way history was studied in that time. 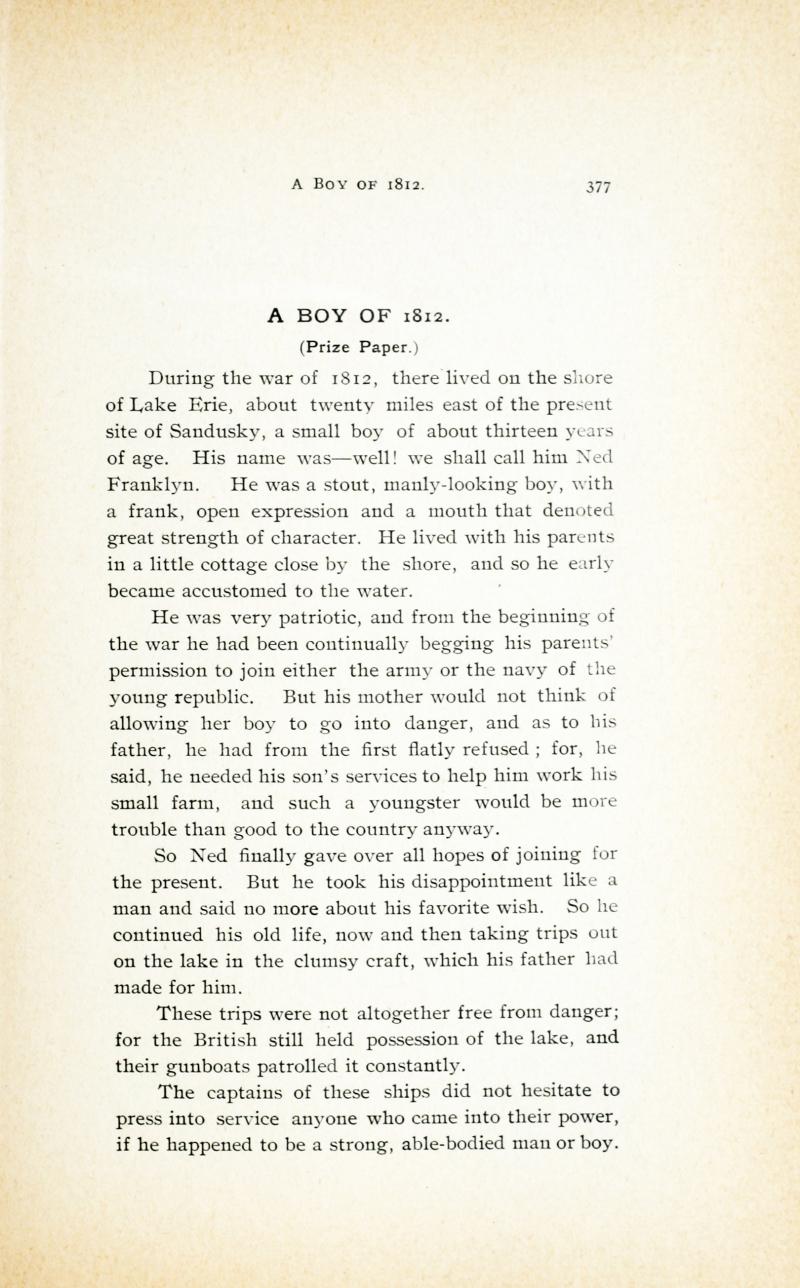