History was made 100 years ago in the cause of human freedom. On the first of January 1863, Abraham Lincoln (16th president of the United States) signed the Emancipation Proclamation declaring the end of slavery in the Confederate states. Part of this document states:

“That on the first day of January, in the year of our Lord one thousand eight hundred and sixty-three, all persons held as slaves within any State or designated part of a State, the people whereof shall then be in rebellion against the United States, shall be then, thenceforward, and forever free; and the Executive Government of the United States, including the military and naval authority thereof, will recognize and maintain the freedom of such persons, and will do no act or acts to repress such persons, or any of them, in any efforts they may make for their actual freedom.” (Library of Congress document)

Word of this proclamation traveled slowly from state to state. Some states (those not participating in the rebellion) were left untouched by this document, but with the Civil War in full swing at the time, this wasn’t the sort of news the rebel states wanted to hear. Mostly ignored by the Confederacy, this one official announcement changed the course of the war. Now the fight was for freedom and no longer one that focused on restoring the Union. Over time, all states recognized the moral and ethical choice to abolish slavery, and all agreed to the principles laid out in this one declaration.

On January 16, 1864, an editorial appeared in the Pacific Appeal (published in California) announcing the status of the state by state recognition of this proclamation. 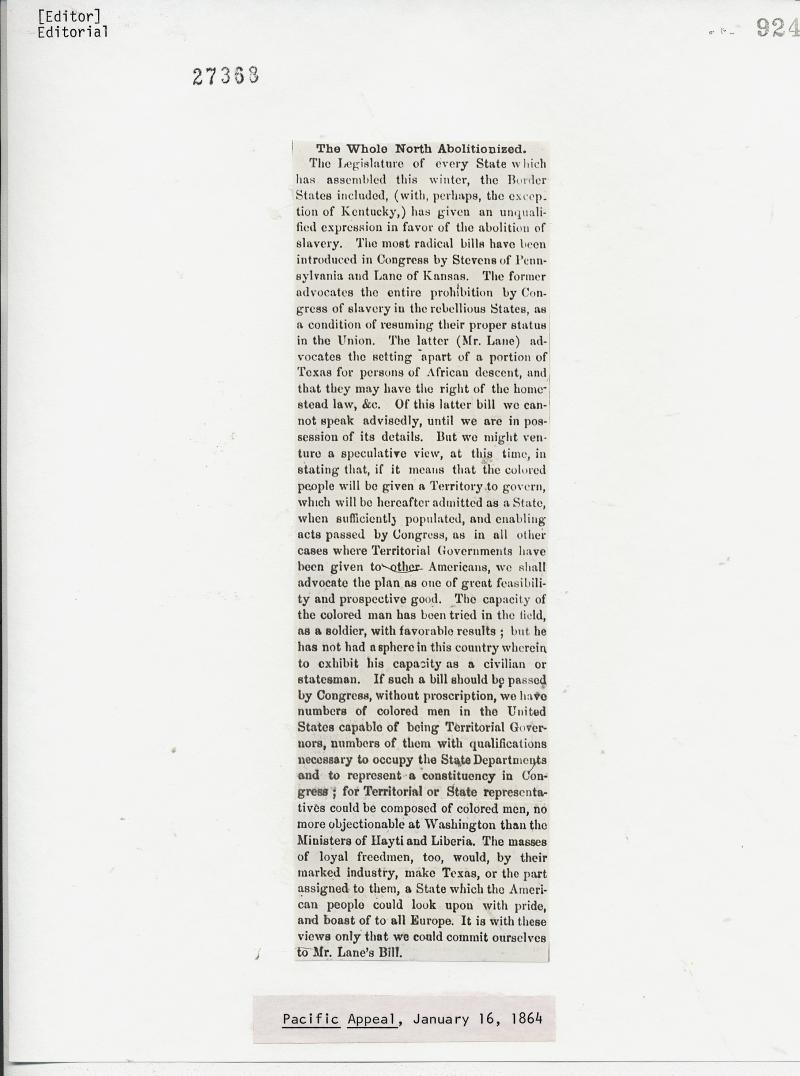