Here’s a question: What value is there in looking through digitized versions of past Commencement booklets?

Good question! Answers to this range from the obvious historical research benefit to the idea of satisfying curiosity. Suppose, for example, that you are curious about the history of Commencement at the university. When did this ceremony begin for the University of Detroit (or for Detroit College)? Did all schools participate? Were the various schools even established at U of D when Commencement first began?

And what about the deans at the various colleges?  You’ve heard of a few of them. How long did each dean hold the position? Who were these deans and what is their history with U of D?

What if we take a look at the 1964 Commencement booklet? Fifty years ago is a good place to begin. How have things changed since then? Where was the emphasis then as compared to Commencement ceremonies now?

1964 marked the eighty-first annual Commencement at the University of Detroit. It was also the twenty-third annual Commencement at Mercy College (also represented in our Commencement archive). And like every Commencement between 1952 and 1979, this ceremony was held at the Memorial Building. We can read that the Very Reverend, Laurence V. Britt, SJ was president of the university then and had been since 1961 (through 1966). The Invocation for this event was given by William H. Nichols, SJ, and the Honorary Degree recipient on this occasion was Dr. Edward Teller. William Kelly Joyce was the Committee Chairman for this Commencement and had served in this capacity since 1944 (through 1965).

Image 3 (shown here) provides the anniversary date along with the name of the dean from each college. And image eight offers a fine outline of the events of the day. We can almost imagine being there; and we can easily picture the bright and eager faces of those who had accomplished so much and were poised to accomplish so much more.

These little booklets hold a lot of information. All we have to do is spend a little time with them now to realize how valuable they really are and continue to be. 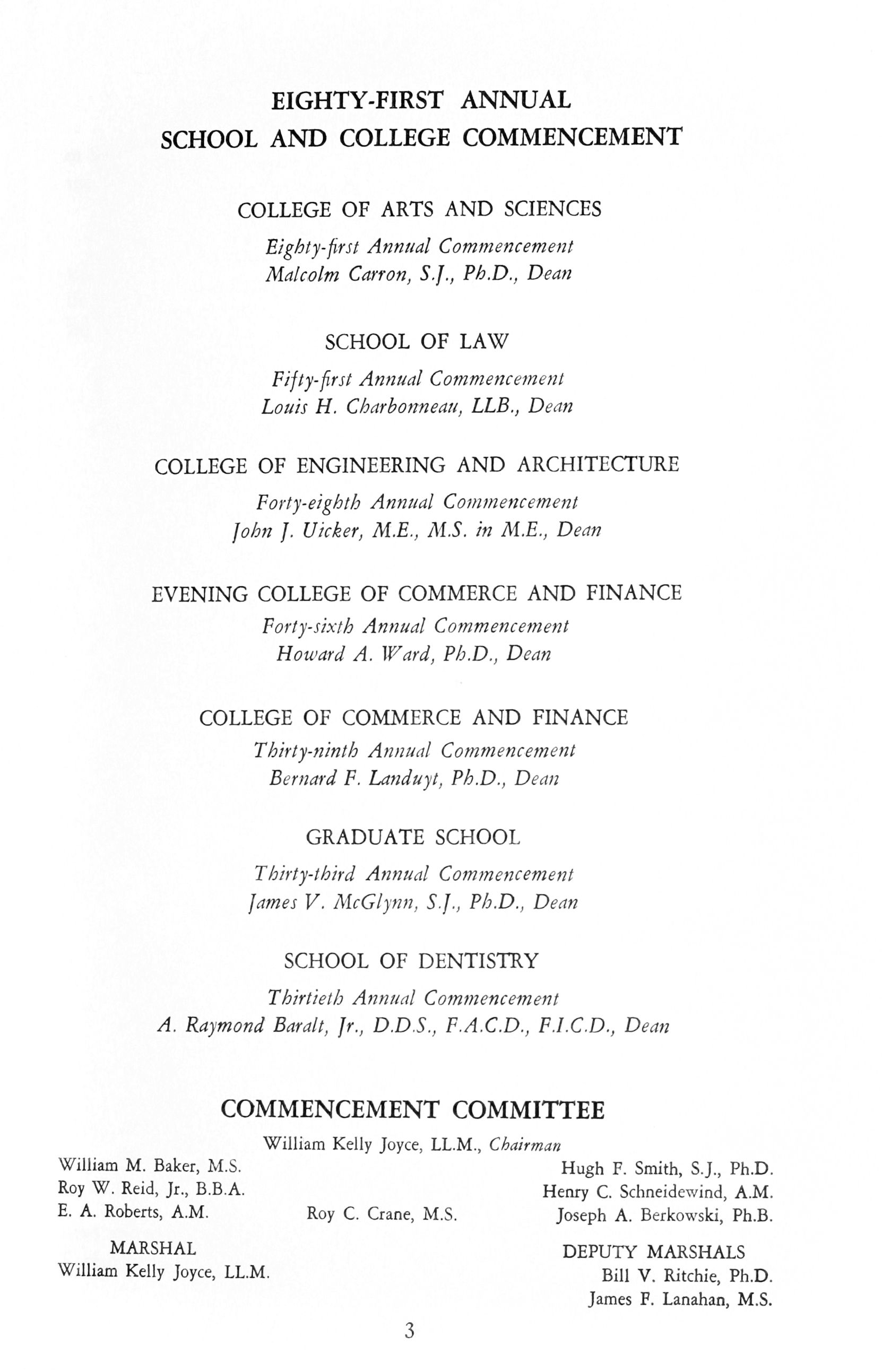